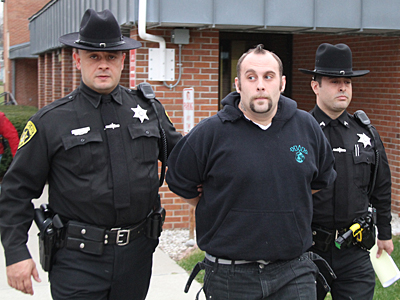 LIVINGSTON COUNTY — Michael Manley, 27, of Lima, was sentenced to six months to be served in the Livingston County Jail and five years of probation after pleading guilty to leaving the scene of an accident. On February 12, 2012, William Ehrmentraut, 51, was killed walking along route 15A in Lima when he was struck by Manley who was driving a truck and had allegedly recently finished sharing a 30-pack of Busch Beer with a friend."We all know what … END_OF_DOCUMENT_TOKEN_TO_BE_REPLACED