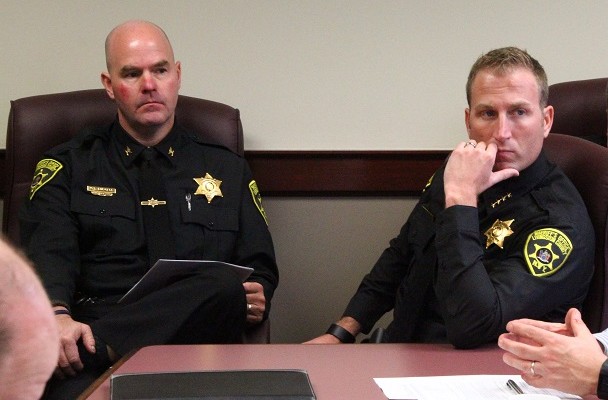 LIVINGSTON COUNTY – The Livingston County Ways and Means Committee unanimously approved propositions by the Sheriff's Office to update the ranking structure at the county jail and 911 center, passing it along to the Board of Supervisors for possible final approval. Sheriff Thomas Dougherty appeared at Monday afternoon's meeting alongside Undersheriff Matthew Bean, Chief Deputy Jason Yasso, Chief Deputy Matthew Burgess, and 911 Director William … END_OF_DOCUMENT_TOKEN_TO_BE_REPLACED