LIVONIA — Just past 8:30 p.m. this evening a pedestrian was struck and killed on Main Street in the Village of Livonia. The 911 Center received a call at 8:38 p.m. for a pedestrian laying in the road at the intersection of Main Street and Grove Street. Shortly after the accident a 2nd caller reported to 911 that they were performing CPR on the victim. … END_OF_DOCUMENT_TOKEN_TO_BE_REPLACED

LIVONIA — The victim in yesterday's fatal pedestrian struck motor vehicle accident has been identified as Judy Gillis of Livonia. According to a press release from Livingston County Sheriff Thomas Dougherty, Judy Gillis, 59, was on her way to her mail box while walking her dog when a utility van driven by Jaden Miller, 32, crossed over the centerline and off the road and struck Gillis. The van then struck a utility pole knocking out power … END_OF_DOCUMENT_TOKEN_TO_BE_REPLACED

UPDATE: 12:10 PM  Law enforcement sources confirm the accident is a fatal pedestrian struck. UPDATE: 7:37 PM Mercy Flight was placed on standby and cancelled. LIVONIA  — A serious accident in Livonia involving a female pedestrian and two motor vehicles has resulted in a call to Mercy flight and multiple first responders reporting to the scene. The accident occurred at 5:49 p.m. this afternoon at the intersection of Richmond Mills Road … END_OF_DOCUMENT_TOKEN_TO_BE_REPLACED

LIVIONIA — A Livonia man was charged with felony drug charges after being pulled over leaving a residential contracting job site. According to a press release from Livingston County Sheriff Thomas Dougherty, Adam Fuetterer, 33, was allegedly in possession of 20 bags of fentanyl and 20 additionally empty bags of the deadly drug. Fuetterer was arrested by Deputies and charged with the class B felony of Criminal Sale of a Controlled Substance in … END_OF_DOCUMENT_TOKEN_TO_BE_REPLACED 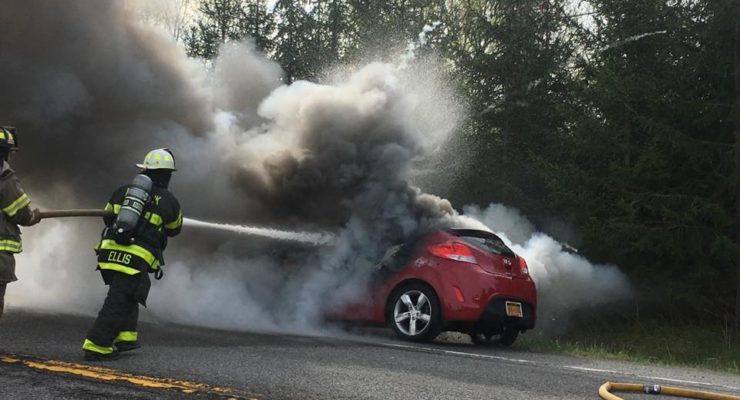 HEMLOCK— Livonia firefighters responded to a vehicle fire early on May 16. The Livonia Fire Department was dispatched to the red hatchback, located on Hemlock-Honeoye Road near the Ontario County line, at 8:25 a.m.When first respondents arrived, all passengers had exited the vehicle, and no one was injured. The road was temporarily closed to allow Hemlock and Livonia firefighters to extinguish the fire. The cause of the fire is still under … END_OF_DOCUMENT_TOKEN_TO_BE_REPLACED

LIVONIA — A Livonia family's home suffered great damages as a result of a fire. At approximately 9:30 Saturday Night the Town of Livonia Fire Departments including Lakeville, and Hemlock, responded to a house fire on Coy Road. Chiefs 2501 and 2502 arrived on scene and ordered a primary search of the first floor and shortly after, confirmed that the home was unoccupied at the time of the fire. The fire was extinguished with the combined … END_OF_DOCUMENT_TOKEN_TO_BE_REPLACED 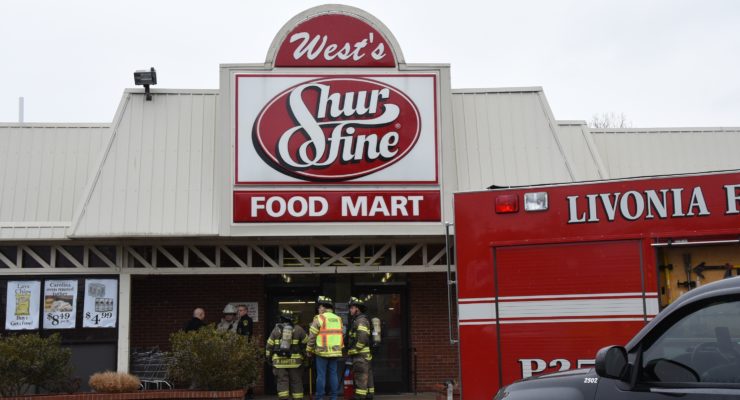 LIVONIA – West's Shurfine is still open despite a bit of excitement Thursday afternoon. The store is open with only its deli closed for now. "Everyone did a great job getting on scene quickly and identifying the problem," said Livonia Fire Chief Richard Alexander. "The store is back open with none of the structure damaged." Alexander said that the explosion was the result of a problem with a fuse box, which did catch fire but did not … END_OF_DOCUMENT_TOKEN_TO_BE_REPLACED 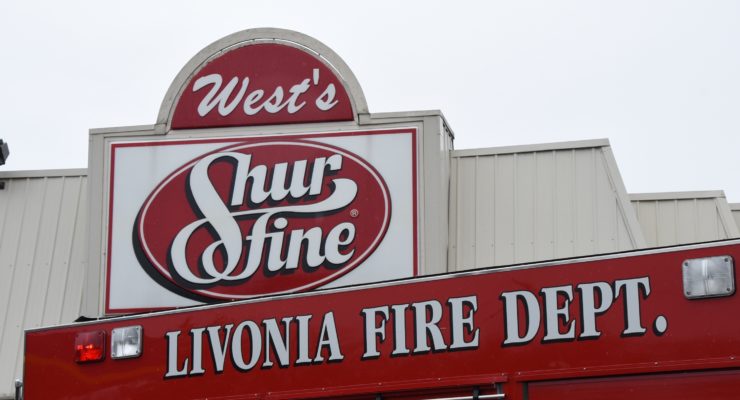 LIVONIA – An explosion forced customers to drop their groceries and leave West's Shurfine in a hurry on Thursday. According to first responders at the scene, the explosion was reported at about 3 p.m. "They had an explosion in their fuse box," said Livonia Fire Chief Richard Alexander. "There was a smoke condition in the store that has dissipated now, and we were able to contain the damage to the fuse box. Fortunately, there was no … END_OF_DOCUMENT_TOKEN_TO_BE_REPLACED 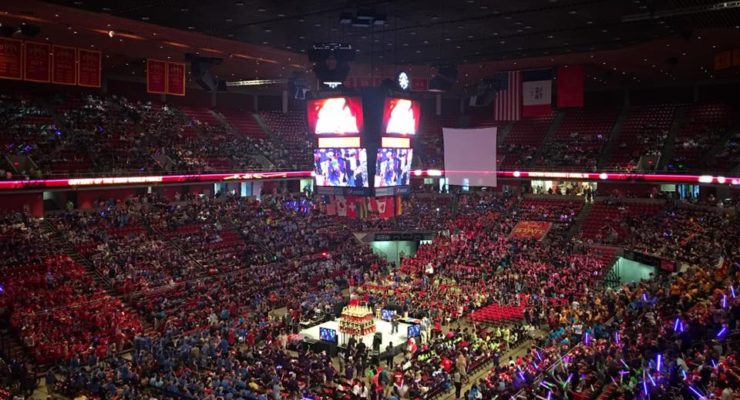 PERRY — The Region 15 2018 Odyssey of the Mind Tournament is in the books and 16 teams will be moving on to States. Geneseo, York and Livonia will all be sending teams to the state tournament in hopes of making it to the finals, the Wold Championships held in Iowa. At the Region 15 tournament 36 teams competing in a range of 5 different problems (up to three divisions). Depending on the amount of teams competing and their scores the top team, … END_OF_DOCUMENT_TOKEN_TO_BE_REPLACED

LIVONIA – A Livonia resident is the suspected in an assault and criminal obstruction of breathing case in Livonia. According to a press release from Livingston County Undersheriff Matt Bean, John Litolff, 32, was arrested for misdemeanor Assault in the Third Degree, misdemeanor Criminal Obstruction of Breathing, two counts of misdemeanor Endangering the Welfare of a Child and Harassment in the Second Degree, a violation. According to NYS … END_OF_DOCUMENT_TOKEN_TO_BE_REPLACED