LIVONIA — Domestic incident leaves Middlesex woman with multiple felonies. On Nov. 12, 41 year old Middlesex resident Denisha L. Howeth was arrested on felony charges after a domestic incident at a Livonia residence spurred an investigation by the Sheriff's Office. It is alleged Howeth became upset at the resident and damaged a door, ripped solar lights from the ground, and threw a brick at a window, according to the Sheriff's Department. … END_OF_DOCUMENT_TOKEN_TO_BE_REPLACED

LIVONIA — Nail gun causes serious injury to man working at local residence. Just before noon on Nov. 1, ambulances were called to a residence on Gray Shores Road to assist a man who was injured by a nail gun. Despite original reports claiming the incident was a suicide attempt, it has been revealed to be accidental. A father and son were working construction on the home when the father came up from under the son's ladder and came in contact … END_OF_DOCUMENT_TOKEN_TO_BE_REPLACED

DANSVILLE— Kathleen White, 53, was arrested for falsifying business records, a first degree felony. According to a press release from Livingston County Sheriff, Thomas Dougherty, the arrest occurred on May 30 after White called to complain about a ticket from a traffic stop in June of 2017. White alleged that she had never received the original ticket, which was for driving with a suspended registration, and that someone had used her … END_OF_DOCUMENT_TOKEN_TO_BE_REPLACED

LIVINGSTON COUNTY— A man from Bloomfield, NY was arrested on drug charges after a routine traffic stop. According to a press release provided by Livingston County Sheriff Thomas Dougherty, on May 24, Michael A. Uschold, 47, was pulled over for an allged violation of the New York State Vehicle and Traffic Law when he was discovered with over 20 grams of marijuana and 46 squares of LSD. Uschold was charged with 2 counts of Criminal Possession … END_OF_DOCUMENT_TOKEN_TO_BE_REPLACED 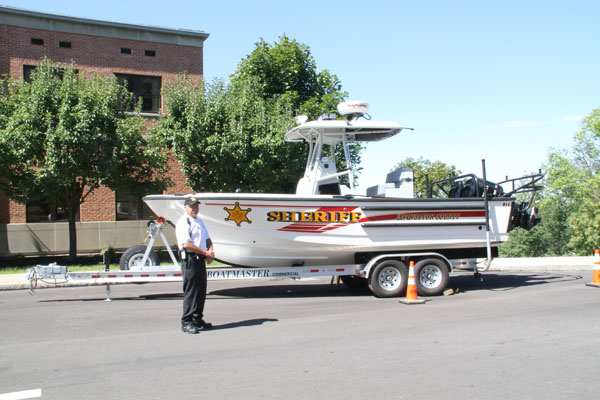