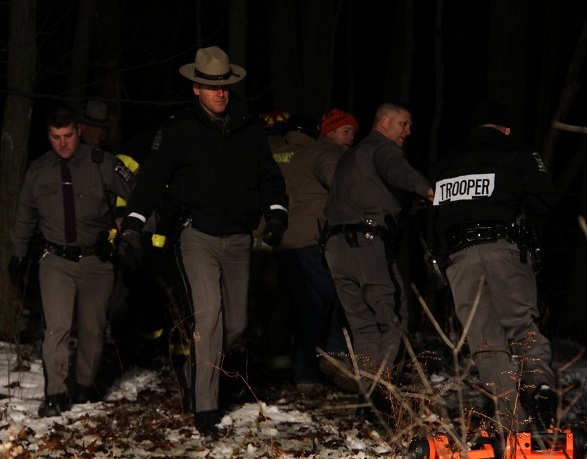 MOUNT MORRIS  – A young man was sent home safe after a harrowing fall near Hogs Back Overlook in Letchworth State Park Sunday evening. The victim, who bashfully only referred to himself as "Tim," says he is 22 years old and was apparently hiking with a female companion when he stepped too close to the edge and fell down a steep, wooded cliff near the overlook at about 4:50 PM. First responders arrived on scene after the young woman called … END_OF_DOCUMENT_TOKEN_TO_BE_REPLACED

CASTILE — New York State Park Police confirmed in a press conference that a young teenage male died on Friday when he fell over 200 feet into the Genesee River at Letchworth State Park. The incident occurred near the Great Bend Overlook, where the young man apparently fell from what is known as Trail One shortly before 1 p.m. on Friday. Rescuers located the youth in approximately an hour, but at that point he was not breathing and did not have … END_OF_DOCUMENT_TOKEN_TO_BE_REPLACED