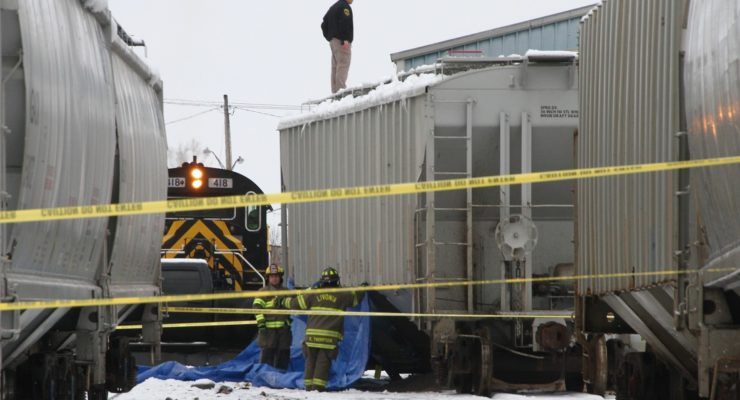 LIVONIA – The Livingston County Sheriff's Office released additional details on what they believe happened leading up to the death of a worker Wednesday morning. According to a press release from Sheriff Thomas Dougherty, the initial investigation by the Sheriff's Office has determined that employees from Crop Productions Services were unloading fertilizer from a 'covered hopper' rail car. Three employees were working from the bottom of the … END_OF_DOCUMENT_TOKEN_TO_BE_REPLACED

LIVONIA – A man working on the Livonia Avon and Lakeville Railroad (LA+L) fell into a railroad car and passed away Wednesday morning. Livingston County Undersheriff Matt Bean said that the emergency call went out at 10:20 a.m. for a rescue effort for a worker fallen into a railroad car known as a 'covered hopper' filled with fertilizer. "There were two employees here on scene," said Bean. "We know that one employee did fall into the covered … END_OF_DOCUMENT_TOKEN_TO_BE_REPLACED