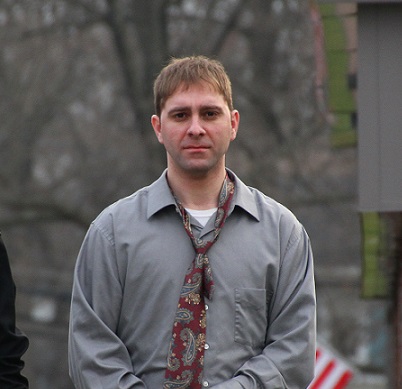 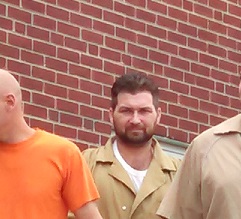 LIVINGSTON COUNTY –  The man accused of leading numerous local, state and federal law enforcement agencies on a five-day all-out manhunt earlier in August was arraigned on felony Assault and Escape charges Tuesday morning. Richard 'Boo' Henry, 35, now stands charged with two counts of Assault in the Second Degree, a D felony, by injuring a police officer and doing so while in immediate flight from the commission of a felony, and Escape in the … END_OF_DOCUMENT_TOKEN_TO_BE_REPLACED 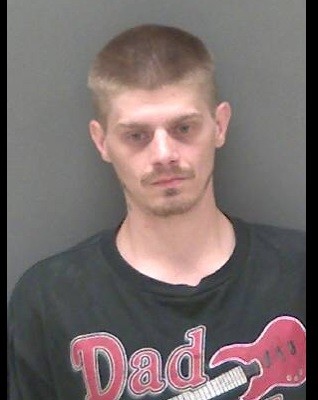 LIVINGSTON COUNTY – The Dansville man who was held without bail after his fingerprints were recovered at an Ossian burglary scene had bail set on Tuesday as a pre-plea investigation was ordered and he took a step toward a guilty plea. District Attorney Greg McCaffrey said that Loveland has an extensive criminal history, with a Criminal Mischief in the Third Degree and Unauthorized Use of a Motor Vehicle dating back to 2003, as well as an … END_OF_DOCUMENT_TOKEN_TO_BE_REPLACED 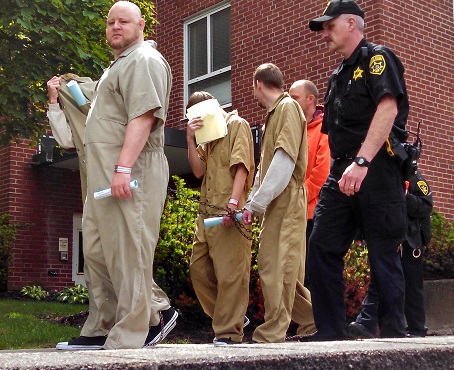 AVON – The Livingston County Drug Task Force reports the arrest last Friday of a former Livingston County resident for the alleged sale of powder cocaine to undercover police that occurred within the past 6 months. Matthew House, 39, was arrested in Forestville, NY on May 29 on a Superior Court Warrant and charged by the Avon Police Department with of Criminal Sale of a Controlled Substance in the Third Degree, a B felony, and Criminal … END_OF_DOCUMENT_TOKEN_TO_BE_REPLACED

LIVINGSTON COUNTY – The verdict is in on the third and final day of a quick Burglary trial for Christopher Bricks, 29, who was charged with Burglary in the Second Degree, Grand Larceny in the Fourth Degree, and Criminal Possession of a Weapon in the Fourth Degree after taking a shotgun from a Dansville neighbor's home in May 2014, which he considered payment for an unpaid debt from the sale of 7 grams of cocaine. Bricks stood calmly beside his … END_OF_DOCUMENT_TOKEN_TO_BE_REPLACED

LIVINGSTON COUNTY – Seven witnesses took the stand on the second day of a lightning-fast felony trial for Christopher Bricks, 29, who is accused of Burglary in the Second Degree, Grand Larceny in the Fourth Degree, and Criminal Possession of a Weapon for the alleged theft of a shotgun from a Dansville woman he says is an associate in the business of dealing cocaine. Bricks, the sole witness for the defense, says that the alleged victim, Dawn … END_OF_DOCUMENT_TOKEN_TO_BE_REPLACED