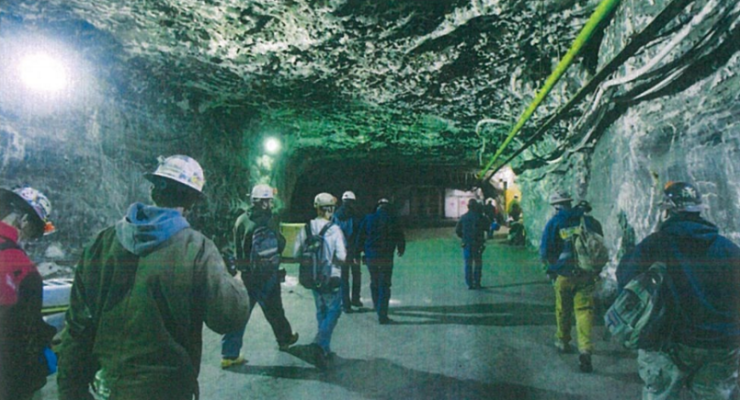 MOUNT MORRIS – American Rock Salt is making life-saving technology available throughout its facilities in case of life-or-death scenarios. According to a press release from American Rock Salt, the Mobilize Rescue System has an innovative, diagnostic app that will help miners assess, manage and monitor medical emergencies until professional first responders arrive. WIRED magazine calls the device 'the Cadillac of First Aid Kits.' "The mine … END_OF_DOCUMENT_TOKEN_TO_BE_REPLACED 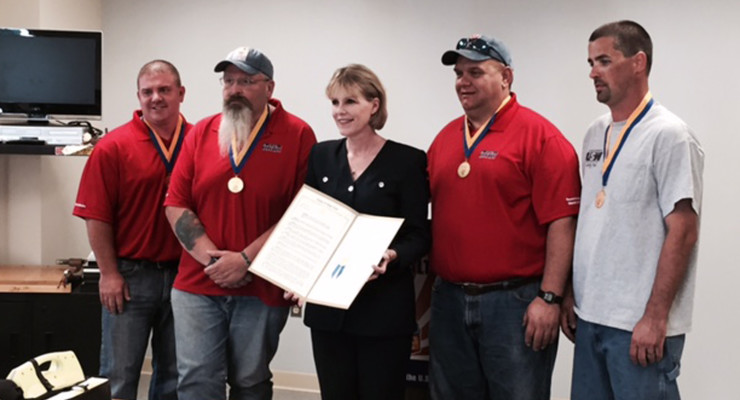 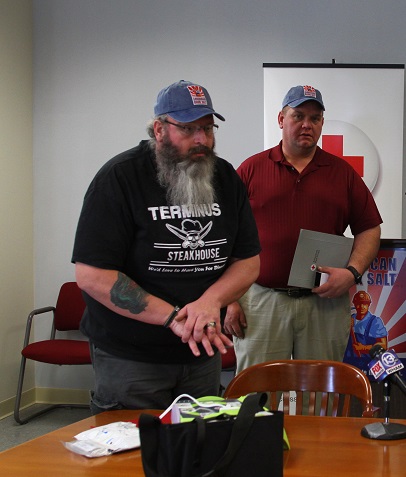 GROVELAND – One year ago from Wednesday, four heroic employees at American Rock Salt, John Ayers, Colin Keller, Gary Morrison and Michael Smith saved the life of their co-worker at the mine in Mount Morris. Jay Bonafede with the American Red Cross presented Keller, Morrison and Smith with Presidential Certificates of Merit, signed by President Obama, for their successful use of the Artificial External Defibrillator (AED) machine on their … END_OF_DOCUMENT_TOKEN_TO_BE_REPLACED

LIVINGSTON COUNTY – American Rock Salt, the second largest employer in Livingston County behind SUNY Geneseo, is well on its way to expanding its salt transportation system, which is anticipated to both increase the mine's output and create new jobs for Livingston County residents. Officials at American Rock Salt say that the proposed expansion, a relatively small 1500 foot extension of the on-site salt transportation railway, … END_OF_DOCUMENT_TOKEN_TO_BE_REPLACED 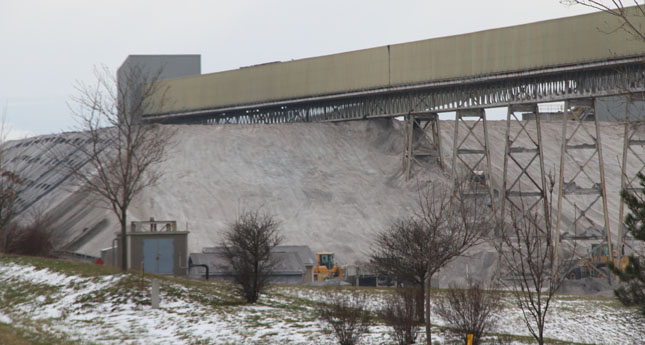 GROVELAND — Many of us might be complaining about the weather this year, but for one of Livingston County's largest employers it's been a godsend. American Rock Salt has had to deal with a stretch of light winters, but thanks to the amount of snow this year, they have added nearly 40 jobs through the holidays to keep up with the high demand for rock salt. "Right now, we have more salt then anyone in the industry," said Joe Bucci, Co-CEO and … END_OF_DOCUMENT_TOKEN_TO_BE_REPLACED

I first met Joe Bucci, Sr. at the 2012 York Boys Basketball Season banquet. On that historical year, the team earned their first Sectional title since the 1930's, it was an unusually warm winter.  The snow plow trucks were only called out once the entire season, which meant business was bad for the American Rock Salt mine and its employees.  Mr. Bucci, Vice Chairman of the mine, was there to recognize the kids’ achievements, and despite the tough … END_OF_DOCUMENT_TOKEN_TO_BE_REPLACED