DANSVILLE — The Mustangs closed out the season in 0-0 game against Livonia. The girls had a few chances, but ultimately couldn't hit the post. Jill Schramm played well for the Mustangs, making 9 saves. The team finished the season with a record of 10-4-2, finishing second in LCAA Division I. … END_OF_DOCUMENT_TOKEN_TO_BE_REPLACED

GENESEO — The Geneseo Blue Devils defeated rival York Golden Knights 1-0. Jessica Ruskauff scored the lone fgoal of the match in the 91th minute, Grace Hainsworth had the assist.Faith Hainsworth recorded the shutout. "This is obviously a huge win for us. York is always a good team and they are very well coached. I can't really say enough about our back line and the job they've done keeping the ball away from Faith, stated Nick Drollette, … END_OF_DOCUMENT_TOKEN_TO_BE_REPLACED

LIVINGSTON COUNTY — The Livonia Bulldogs defeated the Hornell Raiders 1-0 in Class B, Section V, semi-final action. The other LCAA teams of Avon, Geneseo, and Caledonia-Mumford all lost their matches. Fifth seeded Livonia had previously upset fourth seeded Greece Odyssey and now the top seed Hornell Raiders are victims to the Bulldog run. Livonia will next face third seeded Aquinas October 27th at a site to be … END_OF_DOCUMENT_TOKEN_TO_BE_REPLACED

GENESEO — The Geneseo Blue Devils defeated the Keshequa Indians 2-0 to advance in the 2017 C2 Section V tournament. In the first half Kaity Keihl scored for the Blue Devils and then Maddy Bugbee (Megan Bugbee) added an insurance goal in the second. Faith Hainsworth recorded the shutout. Second seeded Geneseo next faces third seeded Warsaw October 27th at a neutral site. … END_OF_DOCUMENT_TOKEN_TO_BE_REPLACED

AVON — In girls soccer the Avon Braves defeated the Red Creek Rams 3-1. The Braves were led but Katrina Yencer who had 2 goals and an assist. Kyra Austen also scored for the Braves. Abby Decillis stopped 8 shots. (7)Avon will will travel to (2)Byron-Bergen on October 20th. … END_OF_DOCUMENT_TOKEN_TO_BE_REPLACED

CALEDONIA – Livonia Bulldogs defeated the Hornell Raiders 1-0 and were were crowned the Section V B1 Champions Friday night. The single goal of the match was scored  by Lindsey LoPresto and was assisted by Sarah English in the 12th minute of the first half. Lindsay Schubert recorded the shut out with 12 save.   … END_OF_DOCUMENT_TOKEN_TO_BE_REPLACED

CALEDONIA - Cal-Mum defeated Addison 4-1 as they continue to show they are a threat to win it all this year in Class C action. Claudia Haut, Adrianna Molisani (Autumn Jeffery), Jessica Garland (Lily Parnell), Jessica Garland (Claudia Haut) all scored goals for the Raiders. Kierra Duvall scored for Addison. Cal-Mum will next face Williamson on Oct. 27 at a location TBD.   … END_OF_DOCUMENT_TOKEN_TO_BE_REPLACED

GENESEO – The Geneseo Blue Devils won a close game against LeRoy Tuesday night in what their coach calls 'a gritty effort.' The final score was 2-1 Geneseo, with Kaity Keihl scoring early in the second half and Natalie Periano coming off the bench in the last ten minutes to break a tie. "This win was big. Not because it was a divisional game or because it was a Class B school, but because the girls pulled out a win without their best … END_OF_DOCUMENT_TOKEN_TO_BE_REPLACED 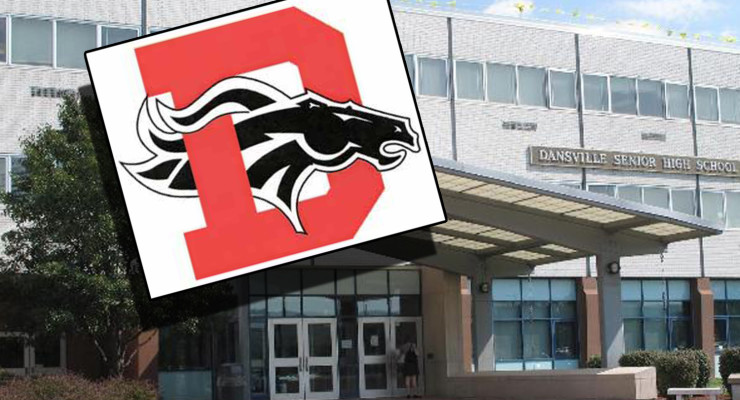 DANSVILLE – The Dansville Mustangs beat Letchworth in a hard game Saturday night as both teams put out inspiring effort and skill. Dansville coach Arin Belden said that the game was very intense and physical all around, and that Dansville showed incredible perseverance after coming back from being down 2-0 to tie up the game and later seal the deal with a final score of 4-3. "Our game was certainly anything but a sleeper," said Coach Arin … END_OF_DOCUMENT_TOKEN_TO_BE_REPLACED