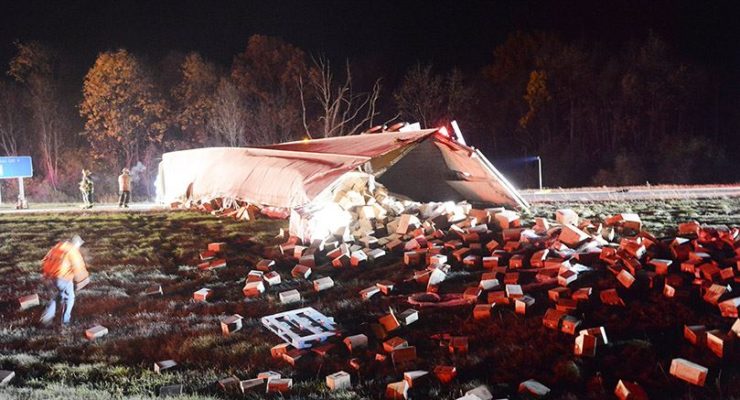 AVON – A tractor trailer fell onto its side on 390 early Monday morning, spilling fuel along the roadway. According to first responders, the truck was northbound just south of Exit 9 when it tipped at about 12:55 a.m. on Monday. Avon Ambulance transported the driver to an area hospital. The East Avon Fire Department responded alongside a Livingston County Hazmat team and the New York State Department of Environmental Conservation … END_OF_DOCUMENT_TOKEN_TO_BE_REPLACED