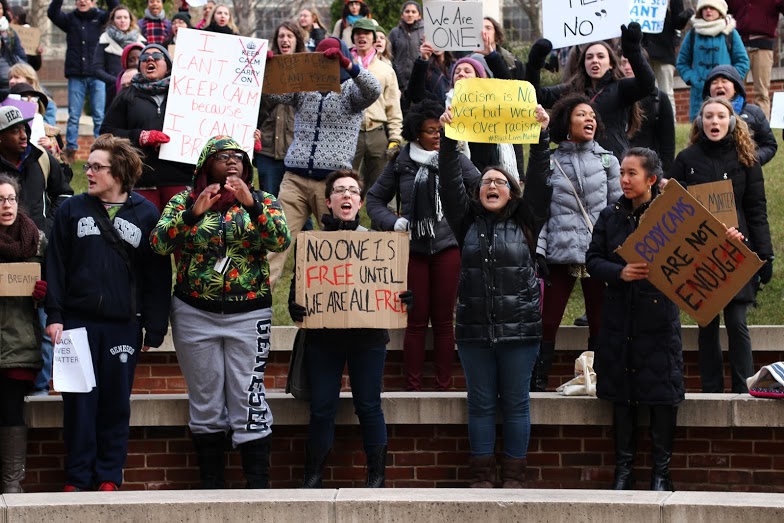 GENESEO – Further protests on the SUNY Geneseo campus on Monday were met with support from faculty and staff at SUNY Geneseo, including a representative for Dr. Carol Long, Interim President of the College. Several college professors came out to the student-organized demonstrations that started at the College Green and quickly moved to Main Street and a small ampitheater near South Hall on campus. Two history professors and several students … END_OF_DOCUMENT_TOKEN_TO_BE_REPLACED 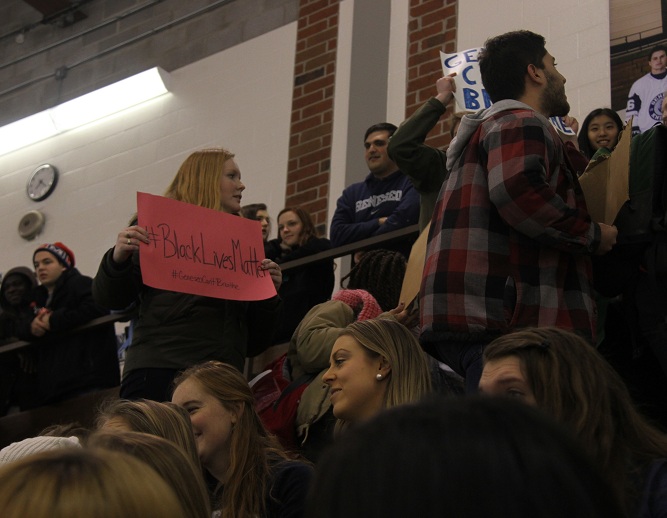 GENESEO – Students seeking SUNY-wide protests to the non-indictments of police officers who killed Michael Brown and Eric Garner in Ferguson, Missouri and New York City staged a second rally during the first half of the Geneseo Ice Knights vs Fredonia Blue Devils Friday evening. About a dozen students coordinated the protest and came into the hockey rink with concealed signs saying "Black lives matter" and "Justice is as blind as it is deaf," … END_OF_DOCUMENT_TOKEN_TO_BE_REPLACED 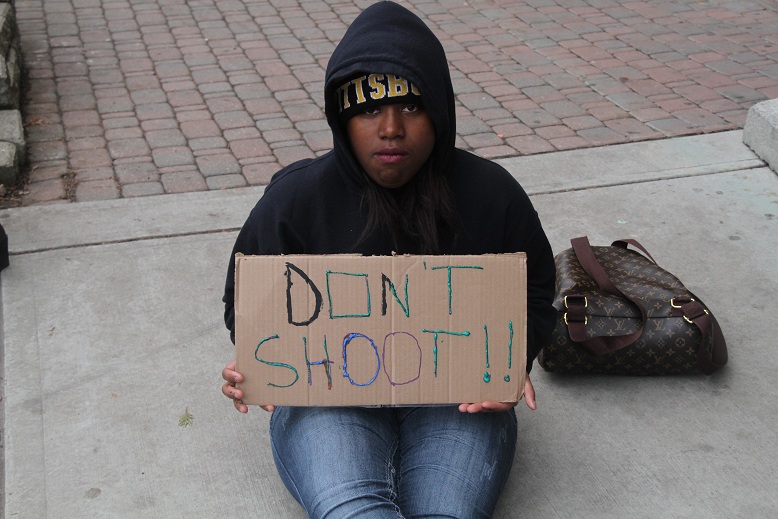 GENESEO – SUNY Geneseo's campus thundered to chants of "Black lives matter" and "Hands up! Don't shoot!" as hundreds of students put on hats and gloves to march on campus for three hours on Friday, holding signs that said "Justice is as deaf as it is blind" and "Stop police brutality." Leaders of the many student clubs and organizations that got together to plan and launch the rally via social media say they have reached out to other … END_OF_DOCUMENT_TOKEN_TO_BE_REPLACED

NYLON — Although Ferguson is hundreds of miles away Rochester Mayor Lovely Warren has drawn rampant criticism and ignited racial tensions here in western New York after making a Facebook post regarding the no-bill grand jury decision after Michael Brown, 18, was killed by Officer Darren Wilson. According to our news partner 13WHAM Mayor Warren made the post, which can be read in it's entirety below, and was then responded to by Brett Pierson, … END_OF_DOCUMENT_TOKEN_TO_BE_REPLACED