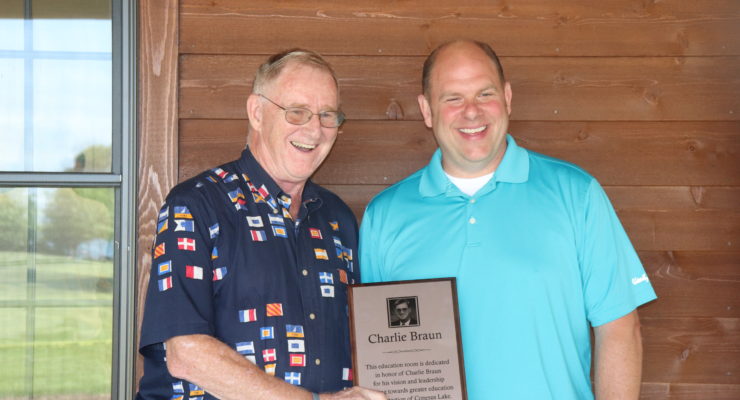 LIVONIA — The Conesus Lake Association (CLA) has officially opened the Watershed Education Center in Vitale Park. The education center will be used as a meeting place for the CLA and substation for the Livingston County Sheriff's Office as well a place for people to learn more about issues that affect the lake and surrounding communities. During the ceremony Town of Livonia Supervisor Eric Gott presented Charlie Braun, from the Conesus Lake … END_OF_DOCUMENT_TOKEN_TO_BE_REPLACED 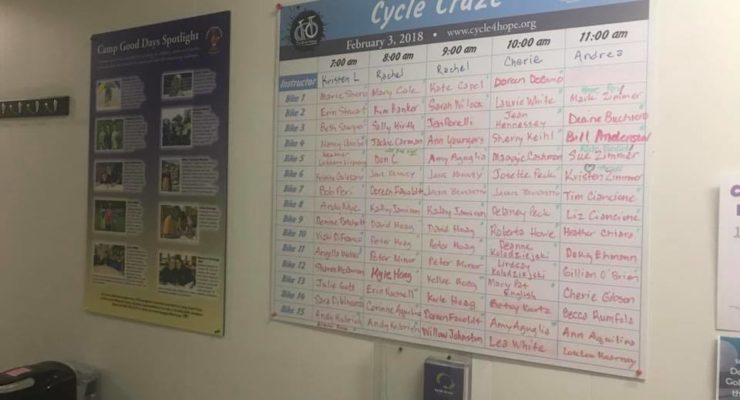 GENESEO - Over 65 participants peddled on spin bikes at Cycle Craze in Geneseo to raise money for Camp Good Days and Golisano Children's Hospital in honor of Colin Gott. Andy Nye helped organize the event in honor of his nephews battle with undifferentiated sarcoma. Colin, the son of Julie and Eric Gott, passed away at the age of three. "Thank you to everyone who participated in Cycle for Hope today. For those of you who do not know this … END_OF_DOCUMENT_TOKEN_TO_BE_REPLACED 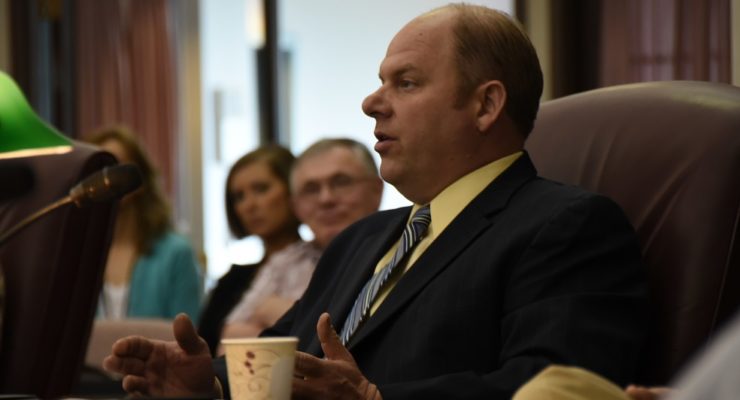 LIVONIA – Town Supervisor Eric Gott says that his decision not to seek reappointment as Chairman of the Livingston County Board of Supervisors means that he can get back to Town and County business. Gott issued the following statement after news broke that he will not seek reappointment: I was recently made aware of the results of the county’s investigation. This has certainly been exhausting for me and my family. My first responsibility … END_OF_DOCUMENT_TOKEN_TO_BE_REPLACED 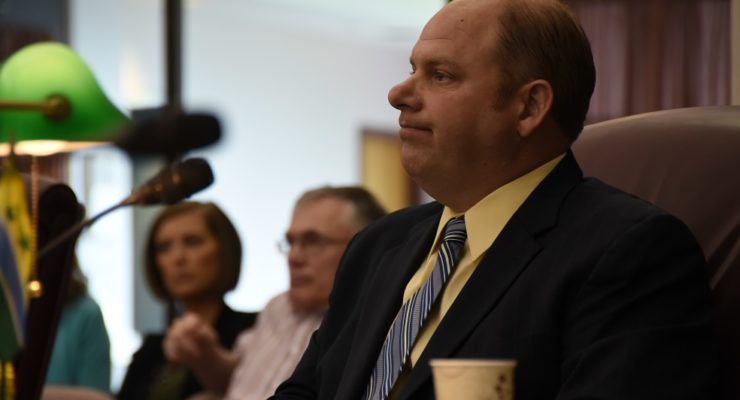 LIVINGSTON COUNTY – Eric Gott says that he will not seek reappointment as Chairman of the Livingston County Board of Supervisors. Gott, who won re-election as Livonia Town Supervisor in November, has denied allegations by Heather Novak that he made unwelcome sexually charged comments toward her at a bar after a conference in Albany. In 2014, Gott was appointed Chairman of the Board and Avon Town Supervisor David LeFeber was appointed … END_OF_DOCUMENT_TOKEN_TO_BE_REPLACED

LIVONIA – The Sunroom's cameras were on Eric Gott and Marty Hughes for the 2017 Livonia Town Supervisor debate. The event was broadcast in real time over Facebook live from our new video broadcast studio. The video had over 1,000 viewers Monday night. Both candidates' family members came into the Sunroom to watch. The video begins at about the 8 minute 3o second mark. The election is Nov. 7. … END_OF_DOCUMENT_TOKEN_TO_BE_REPLACED 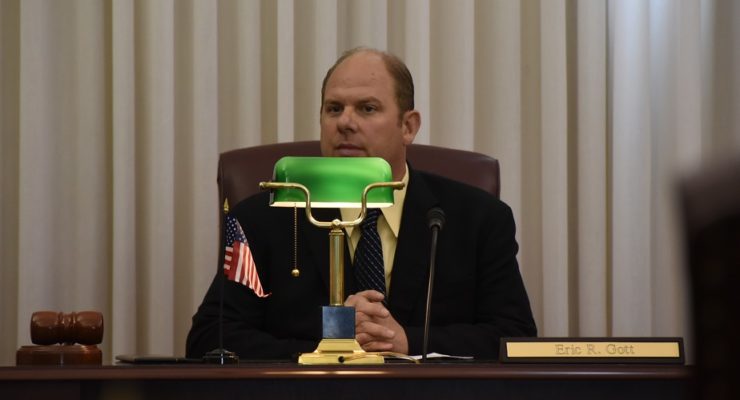 LIVINGSTON COUNTY – The Board of Supervisors voted at their Wednesday meeting to have third party counsel investigate an accusation that Chairman Eric Gott made inappropriate comments to a woman at a bar after a conference in Albany. Caledonia Town Supervisor Daniel Pangrazio called for an executive session to discuss the employment history of a specific individual, for which Gott stepped out of the room. The rest of the board held their … END_OF_DOCUMENT_TOKEN_TO_BE_REPLACED

LIVINGSTON COUNTY – Debate season is here. The GeneseeSun.com has confirmed the first in a series of candidate debates. Incumbent Livonia Town Supervisor Eric Gott will debate his challenger, Marty Hughes, live on our Facebook page on Oct. 30 at 7 p.m. Conrad Baker and Josh Williams will moderate the debates and produce the broadcasts. The public is encouraged to submit questions during the broadcast for consideration. "We have made some … END_OF_DOCUMENT_TOKEN_TO_BE_REPLACED 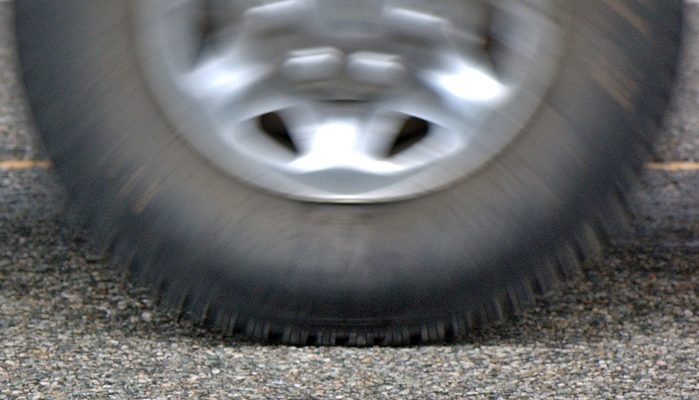 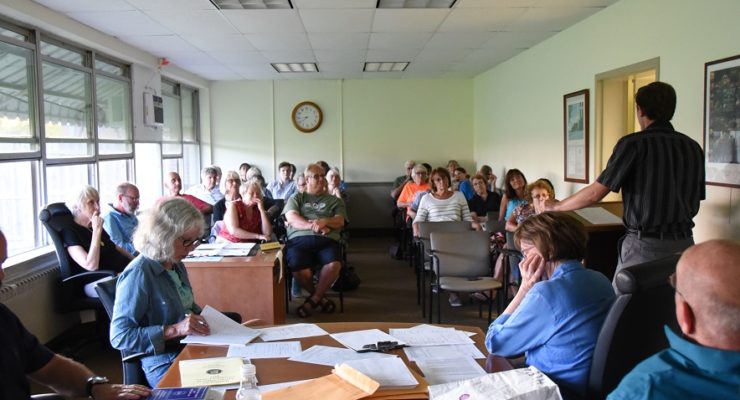 LIVINGSTON COUNTY – Contested races seem to be on in more than half of the 14 Livingston County towns to send in unofficial caucus results so far. The Livingston County Board of Elections reminds the public that caucus results will not be certified until late September and might change before then. "There will be caucuses through September 19 and candidates can decline until September 22," said David DiPasquale, Democratic Commissioner for … END_OF_DOCUMENT_TOKEN_TO_BE_REPLACED 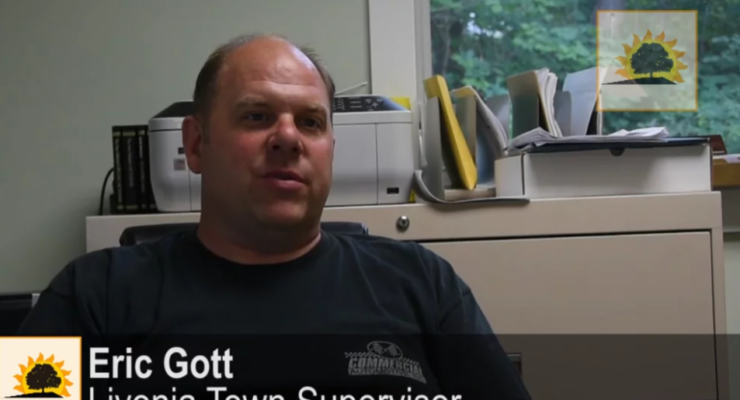