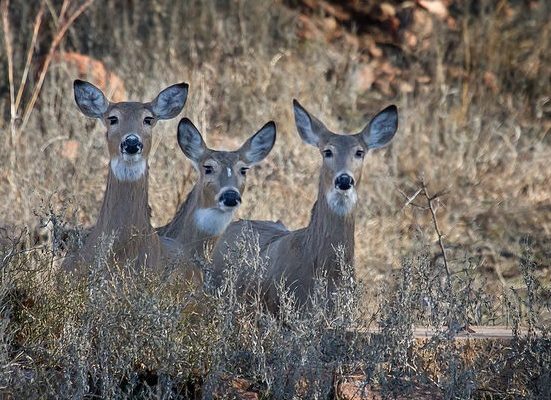 AVON – The Deer Management Committee appeared before the Village Board to request a change to a village ordinance that would allow the discharge of bows and crossbows within Village limits. Don Mastin, head of the Deer Committee, and a few committee members came prepared with a 'list of tasks that must be completed before deer harvesting can begin,' which includes making an exception to the existing rule that no bow or crossbow may be … END_OF_DOCUMENT_TOKEN_TO_BE_REPLACED 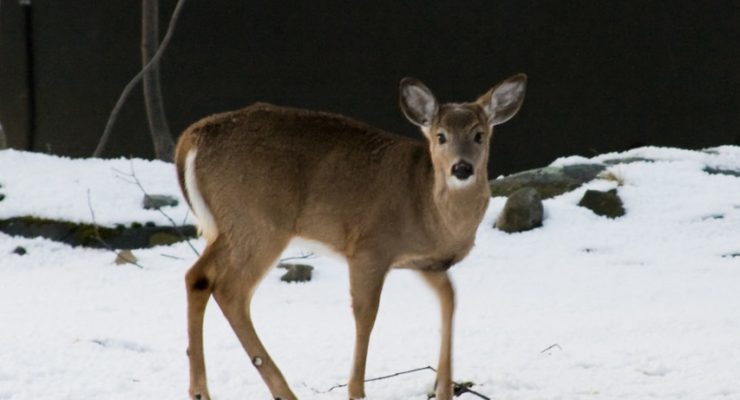 NYLON – A public survey is designed to steer state management of deer populations over the next five years. According to a press release from the New York State Department of Environmental Conservation (DEC), they and researchers at the Human Dimensions Research Unit at Cornell University are implementing a survey-based process for gathering information on citizens’ preferences on desired deer populations that will help DEC biologists set deer … END_OF_DOCUMENT_TOKEN_TO_BE_REPLACED 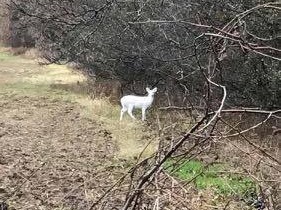 NYLON – A farmer with a camera shot what appears to be a pure white deer just over the Livingston County line. Stokoe Farms in Scottsville posted the photo to Facebook. "Julie thought she saw a White Deer on West River Road on the way home," posted Stokoe Farms to Facebook. "She thought she was out of her mind! Turns out not."  Others chimed in that they've seen the deer too. "Saw it yesterday," posted Mary Burke. "We’ve seen it in … END_OF_DOCUMENT_TOKEN_TO_BE_REPLACED 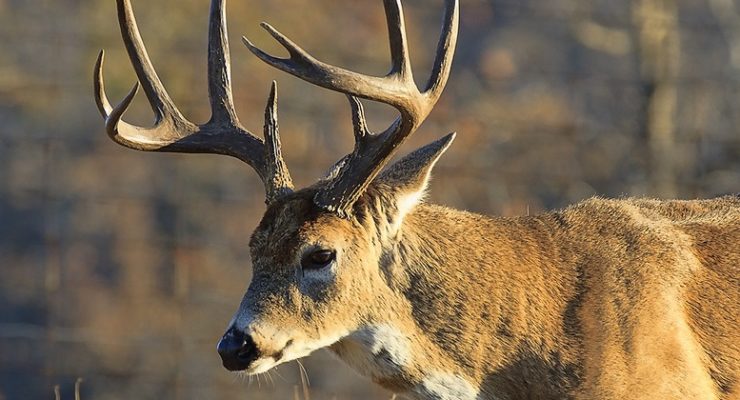 LIVINGSTON COUNTY – The NYS Department of Environmental Conservation (DEC) reminds hunters to report all deer, turkey and bear kills to help wildlife professionals track wildlife population growth. One of a series of press releases leading up to the opening of gun season for deer and bear reiterates that hunters and trappers' harvest reports are the DEC's way of monitoring wildlife populations to ensure that they will be preserved for future … END_OF_DOCUMENT_TOKEN_TO_BE_REPLACED 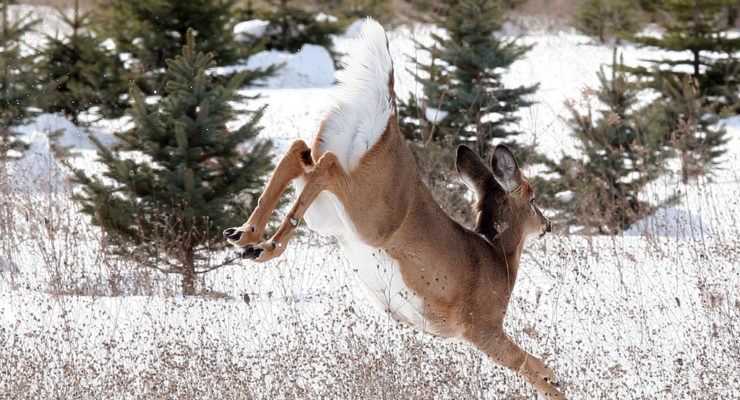 LIVINGSTON COUNTY – The NYS Department of Environmental Conservation (DEC) is asking hunters to hold off shooting young bucks this hunting season. According to a press release from the DEC, the regular deer and bear firearms season is Nov. 18 to Dec. 10. Commissioner Basil Seggos is encouraging hunters to 'be safe, enjoy the natural beauty of the environment, and consider passing up shots on young bucks.' "New York has some of the best … END_OF_DOCUMENT_TOKEN_TO_BE_REPLACED 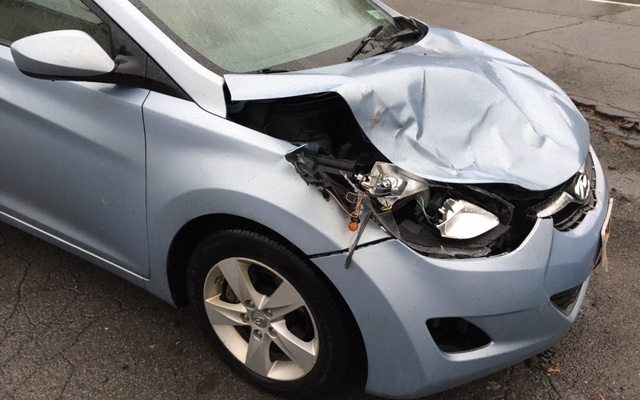 LIVINGSTON COUNTY – The Livingston County Sheriff's Office released an advisory warning local drivers of increased car-deer accidents during the early fall. According to a press release from Livingston County Sheriff Thomas Dougherty, drivers  should take extra precautions while traveling throughout the county. "Currently, the deer mating season, also known as 'The Rut,' is underway, and there has been a large increase in deer activity … END_OF_DOCUMENT_TOKEN_TO_BE_REPLACED 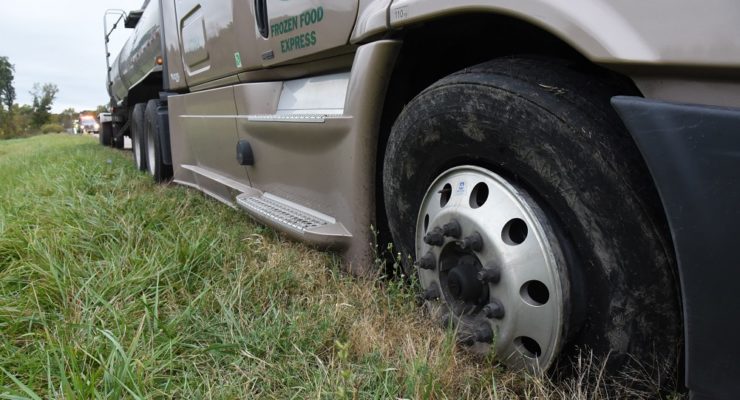 GENESEO – A deer started a chain of events that ended with over 100 gallons of fuel spilled on and around 390 between Exits 8 and 9. According to Livingston County Sheriff Thomas Dougherty, a tractor trailer was on 390 north when it swerved to avoid a deer, hitting a guardrail and throwing debris into the road. A second tractor trailer struck the debris, which pierced its passenger side tire and the fuel tank. Fuel spilled onto the road … END_OF_DOCUMENT_TOKEN_TO_BE_REPLACED 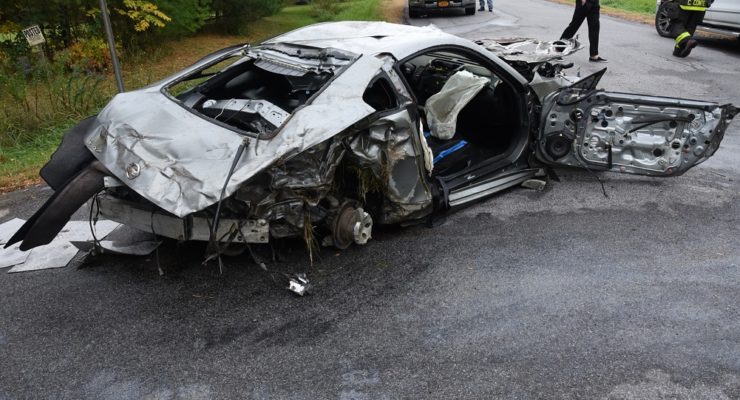 WEST SPARTA – The passenger and ejected driver in Friday morning's deer collision and rollover each suffered serious injuries. New York State Police said that the driver, a 19-year-old male, was ejected and suffered multiple serious injuries that are still being evaluated. A helicopter took him from the scene. The passenger, a 19-year-old female, suffered a broken leg and other injuries. An ambulance took her from the scene. As of 5 p.m. … END_OF_DOCUMENT_TOKEN_TO_BE_REPLACED 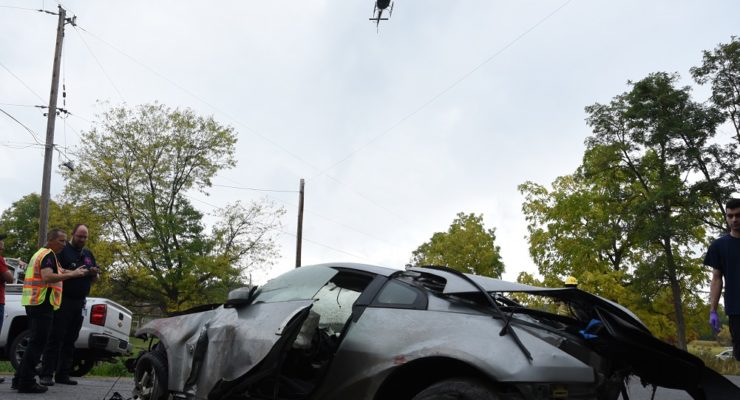 WEST SPARTA – A car struck a deer and ran off Redmond Road and rolled hundreds of feet on Friday. According to first responders at the scene, a male driver and his female passenger were westbound on Redmond Road at about 11:20 a.m. when they crested a hill while a deer was in the roadway. The driver swerved to avoid the deer but struck it head on, ran off the road into a ditch, and the vehicle rolled several times before coming to rest at the … END_OF_DOCUMENT_TOKEN_TO_BE_REPLACED