CALEDONIA— The Red Raiders defeated the Dansville Mustangs 42-25 on an eventful homecoming. It was an old fashioned grind-it-out football game from the start, but The Raiders were determined to keep their winning streak alive.  "They were a dangerous team, keeping us on our toes," said Cal-mum's head coach John Walther.  Kyle Preston started the action with a 10 yard pass to Will Vanauken for a touchdown early in the first … END_OF_DOCUMENT_TOKEN_TO_BE_REPLACED 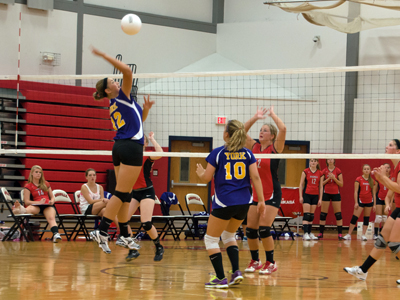 DANSVILLE— The York Girls Volleyball team earned a stellar start to their season, Thursday, with a win over Dansville in three sets.In the first game of the season, the York girls beat out Dansville 25-17 in the first set. Dansville put up a strong fight in the second set, surrendering a loss to York by two points with a final score of 25-23.York held on strong in the third set, to beat Dansville with a score of 25-13.Dansville's next game will … END_OF_DOCUMENT_TOKEN_TO_BE_REPLACED 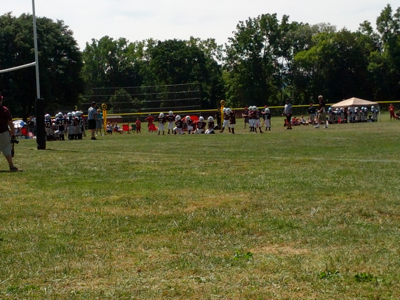 DANSVILLE — On a beautiful sunny day, the Cal-Mum Red Raiders CYFL senior team defeated the Dansville Mustangs 42-28 at Babcock Park. The Red Raiders jumped out to an early lead, scoring on their first two possessions. Touchdown runs by Kyle Raniewicz and Bubba Leach put Cal-Mum up 14-0. “It was a really fun game,” said Leach, who led the Red Raiders with three rushing touchdowns and also returned an interception for a score. “We played … END_OF_DOCUMENT_TOKEN_TO_BE_REPLACED 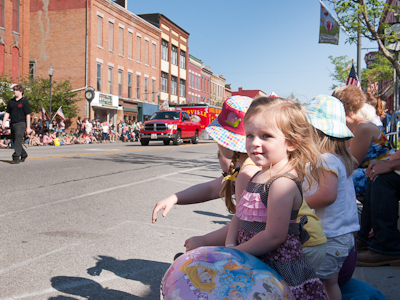 DANSVILLE — A sunny day Saturday allowed for a busy Main Street in Dansville for the second-to-last day of the 46th annual Dogwood Festival. All of the day's events were reported to have had an outstanding turnout, coming to a peak with the Float and Fireman's Parade at 5 p.m. "This is the best turnout we've had in years," said Joan Brydges, who ran the crafts show and flea market in the church park on Clara Barton St. "It's really been … END_OF_DOCUMENT_TOKEN_TO_BE_REPLACED