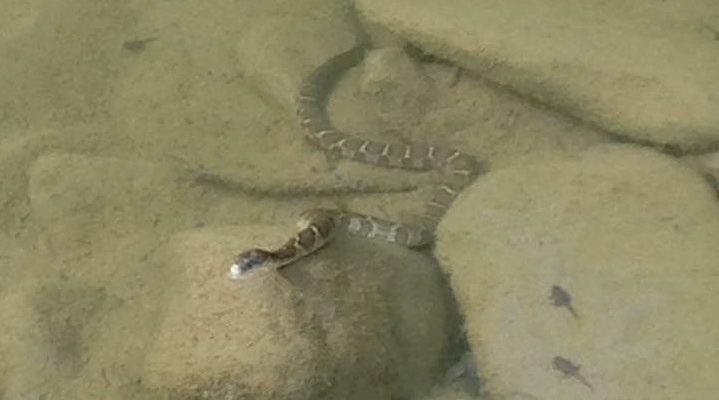 UPDATE: Experts Break Dead Tie, I.D. Letchworth Northern Water Snake CASTILE – This photograph of a snake near Lee's Landing in Letchworth State Park is splitting park enthusiasts on social media. The photo was originally posted to Facebook by Amy Appleby on July 5. So far five in the comment section believe that this is a northern water snake, but four are sure that it is a milk snake. "It's a milk snake 100%," posted Nick … END_OF_DOCUMENT_TOKEN_TO_BE_REPLACED