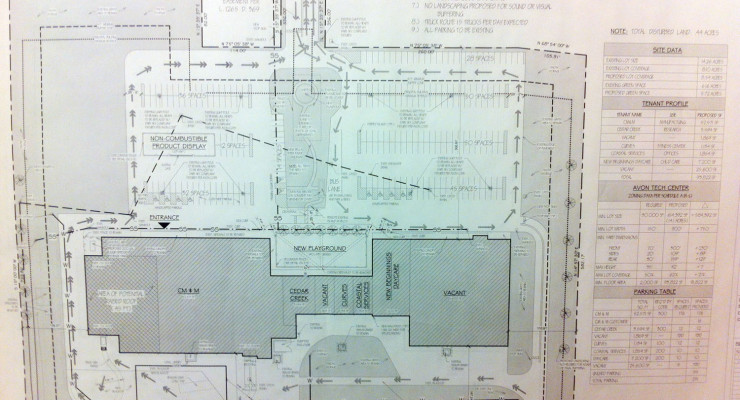 AVON – The investor has backed out of a major construction project for a concrete facility in East Avon, forcing the plan to start from square one at a new location. Town Supervisor David LeFeber said that CM&M Industries, proposed by Michael Valle, is planned to continue elsewhere in Avon, but that the Town of Avon has already expended a lot of engineer and attorney labor inspecting and approving the original site. "My understanding is … END_OF_DOCUMENT_TOKEN_TO_BE_REPLACED 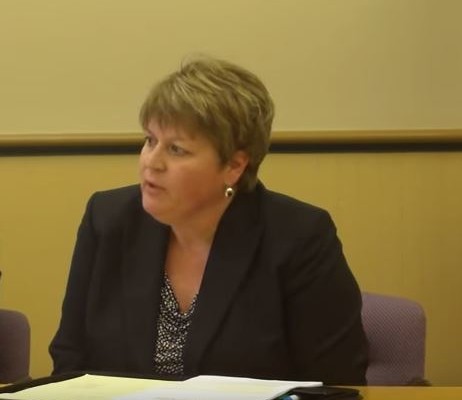 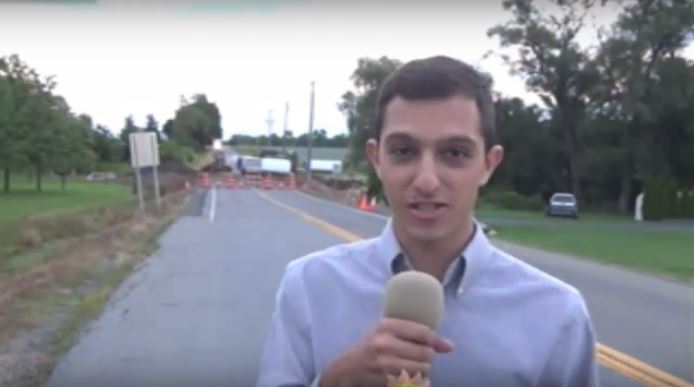 GENESEO – Traffic closure on Lima Road near Volunteer Road in the Village means that drivers entering the Village from the north Lima Road need to take one extra step to get into the Village. Our first coverage of the situation from the scene was available while we were on scene by going to the GeneseeSun.com Sun TV Live Stream, accessible via our home page or here. A new culvert is being installed at the intersection of Lima and Volunteer, … END_OF_DOCUMENT_TOKEN_TO_BE_REPLACED 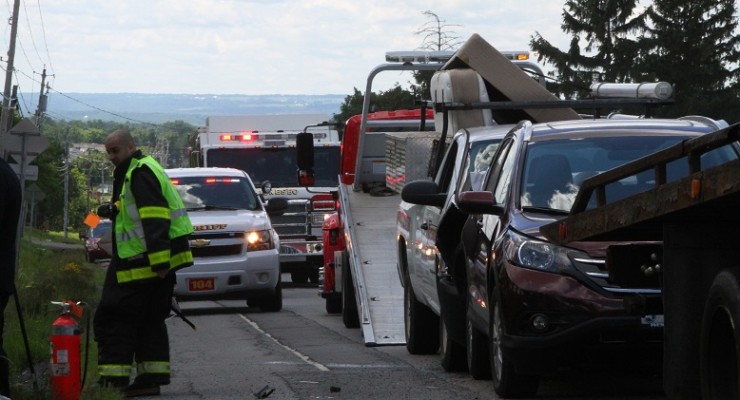 GENESEO – A 3-car accident near the Nines on Lakeville Road sent two people to the hospital with neck injuries, including a college student who was transporting some items, including a mattresses and bed frame, home from college. According to first responders on scene, a Honda SUV stopped in traffic near the construction zone at the entrance to the Nines and was rear-ended by a heavily loaded Chevy Silverado loaded operated by two college … END_OF_DOCUMENT_TOKEN_TO_BE_REPLACED 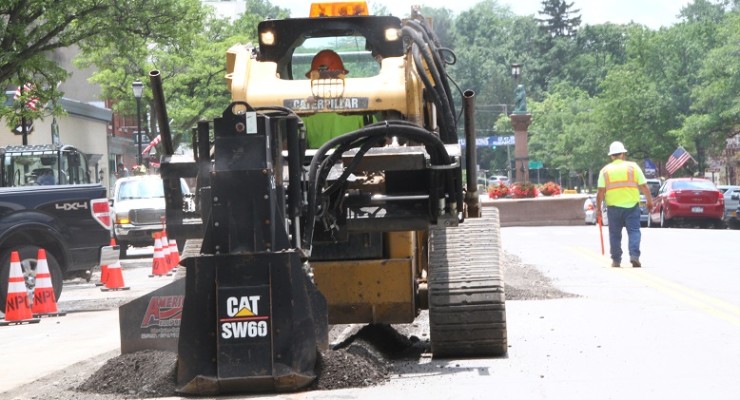 GENESEO – The water main restoration project took its first bite of Main Street asphalt on Tuesday, and two long, narrow trenches could be seen extending from the bear fountain at Center Street to the Big Tree Inn at 46 Main Street Tuesday evening. Contractors with Nardozzi paving say that the project will dig a 4-foot wide trench from the fountain to North Street, and water main underneath the road will be replaced. Sections of pipe are … END_OF_DOCUMENT_TOKEN_TO_BE_REPLACED 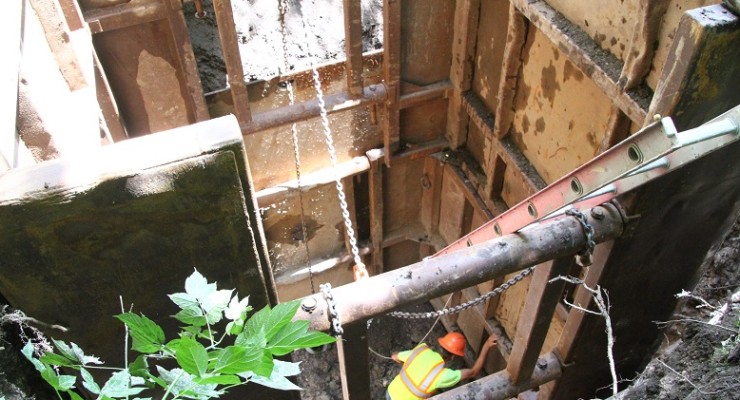 GENESEO – The Main Street Project has officially broken ground with the installation of a manhole for the sewer line between 8 and 4 Main Street. The construction crew with Nardozzi Paving dug a 20 foot hole in about 45 minutes in preparation for sewer work that will give future crews access to the sewer line directly from the surface instead of from the storm drain outside of 8 Main Street. Equipment and the segments of manhole could be … END_OF_DOCUMENT_TOKEN_TO_BE_REPLACED 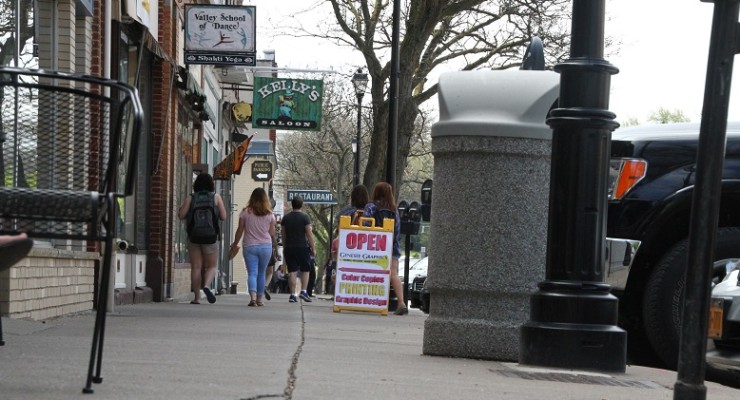 GENESEO – The Village anticipates that this summer's makeover to municipal water and sewage lines under Main Street will cause significant disruption to pedestrian traffic on sidewalks, and will soon set up a public forum to proactively gather ideas for allowing folks to get in and around storefronts while the work goes forward. Main Street will remain open to vehicle traffic, but pedestrian traffic, especially in front of Special Tees and … END_OF_DOCUMENT_TOKEN_TO_BE_REPLACED 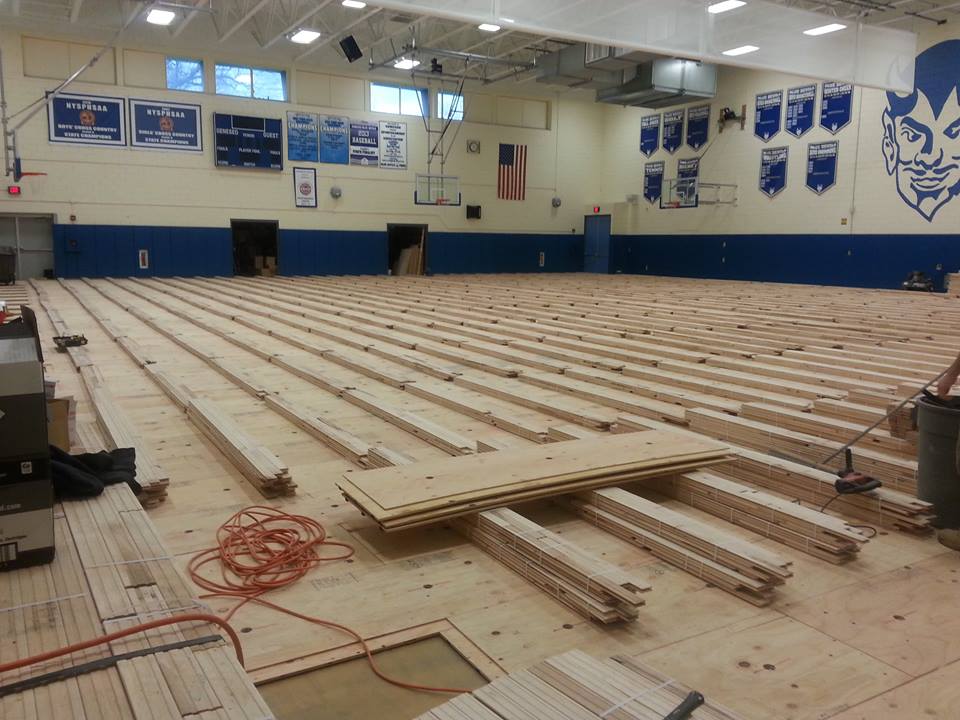 Reading this on your phone or tablet? Download our new app on Google Play and the Apple store. GENESEO – The gym floor at Geneseo Central School is undergoing a complete bottom-up makeover and already showing great signs of progress. According to the Geneseo Central School Facebook page, the next phase of this long project is to install the new floor on top of the original synthetic floor. "Floor replacement in the Main Gym is well … END_OF_DOCUMENT_TOKEN_TO_BE_REPLACED

GENESEO —  Construction workers are out in full-force repaving Rt-39 today in the village.    The repairs, which included milling the road, are happening from the lower-end of Court St. to Rt-5 and Rt-20, extending into Avon tomorrow.   A construction worker said the milling in Geneseo is expected to be completed today, then moving on to Avon with some repairs to Rt-15 in the coming days.    The … END_OF_DOCUMENT_TOKEN_TO_BE_REPLACED AVON  — After more than a year of planning, construction on the bridge spanning the creek on North Littleville Road began Monday, July 23. The demolition started first thing in the morning at 6:00am- according to Avon resident Louie Lee who resides on the corner of North Littleville Road and Jones Lane nearest to the bridge- and by 4:00pm the previous structure was gone and all that remained were stones from the supports put in place last … END_OF_DOCUMENT_TOKEN_TO_BE_REPLACED