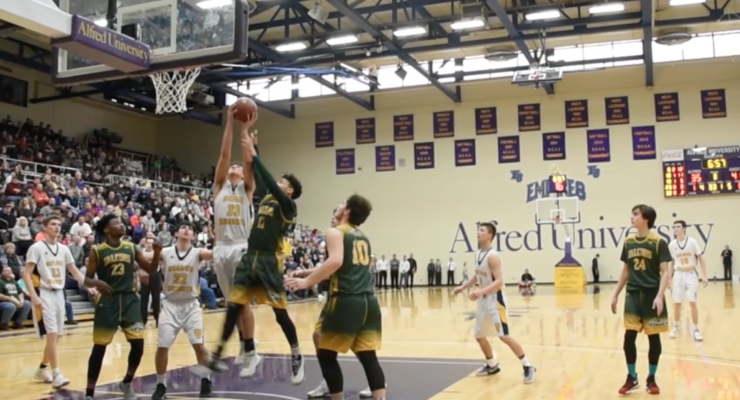 ALFRED — The York Golden Knights fell to the C.G. Finney Falcons 68-58 in the Section V Class D1 Finals. The game started out as a shoot-out after the 1st quarter with York up 22-20. The key was 3 point shooting as York went  8 for 32 behind the arc and were out shot by the Falcons who went 12 for 30. Clay cutting led York with 18 points. … END_OF_DOCUMENT_TOKEN_TO_BE_REPLACED 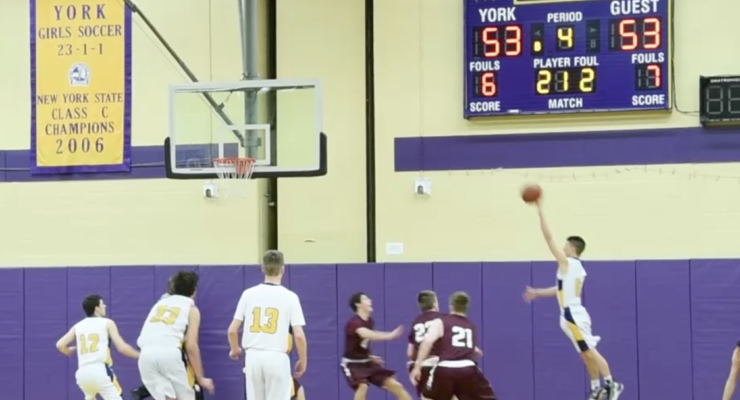 RETSOF— The York Golden Knights beat the Cal-Mum Raiders 55-53 as the final bucket arrived with mere seconds left. It was Clay Cutting who delivered the winning shot after a missed free throw by Hunter Stella. Dylan Zambito came off the bench and scored 9 points for York including a clutch 3-pointer to tie the game at 53-53. For the Raiders Vin Molisani had 15 points and Ian Lenhardt had 10. York moves to 10-2 and Cal-Mum slides to … END_OF_DOCUMENT_TOKEN_TO_BE_REPLACED