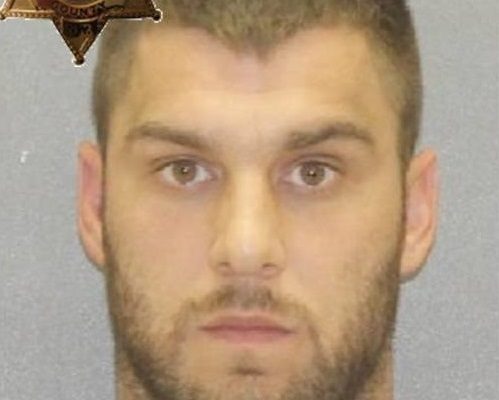 LIVINGSTON COUNTY – A County Court Judge recused himself from a case where a family member is alleged to have been the victim of theft at the hands of a Bloomfield man in September 2016. Charles Lewis, 34, was arraigned Tuesday on a Grand Jury indictment charging felony Grand Larceny in the Third Degree and misdemeanor Issuing a Bad Check. "I believe that the alleged victim is a blood relative of mine," said Judge Robert Wiggins. "That … END_OF_DOCUMENT_TOKEN_TO_BE_REPLACED

GROVELAND – The Livingston County Sheriff's Office arrested a Bloomfield man on a felony charge for allegedly passing a check for over $9,000 from a closed account. According to a press release from Sheriff Thomas Dougherty, Charles Lewis, 33, was arrested for felony Grand Larceny in the Third Degree. "There would be no expectation that this check would have been good based upon the account being closed," said Dougherty. Lewis was … END_OF_DOCUMENT_TOKEN_TO_BE_REPLACED