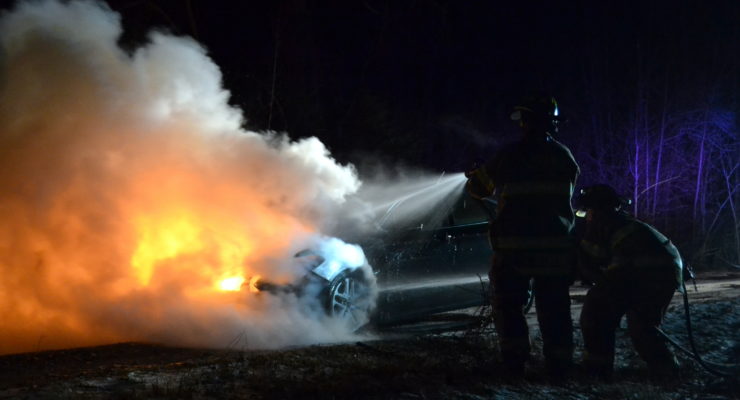 LIVONIA – A vehicle caught fire Friday evening on Densmore Road. According to first responders, firefighters arrived to find the vehicle fully involved. No one was injured. The Livingston County Sheriff's Office and Livingston County Office of Emergency Management investigated.   … END_OF_DOCUMENT_TOKEN_TO_BE_REPLACED 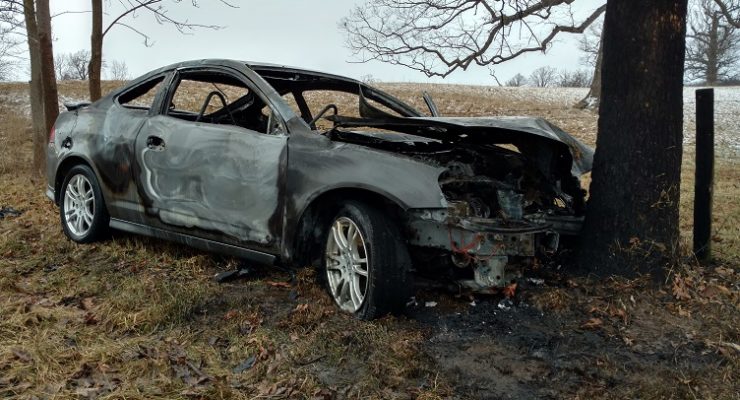 GENESEO – The Livingston County Sheriff's Office arrested a man for allegedly hiding marijuana paraphernalia at the scene of a car accident on Sunday. According to Livingston County Sheriff Thomas Dougherty, Todd Cansdale, 22, was charged with felony Tampering with Physical Evidence. According to first responders on scene, the driver, a male, was southbound on Nations Road at what is believed to have been an excessive speed when he failed … END_OF_DOCUMENT_TOKEN_TO_BE_REPLACED 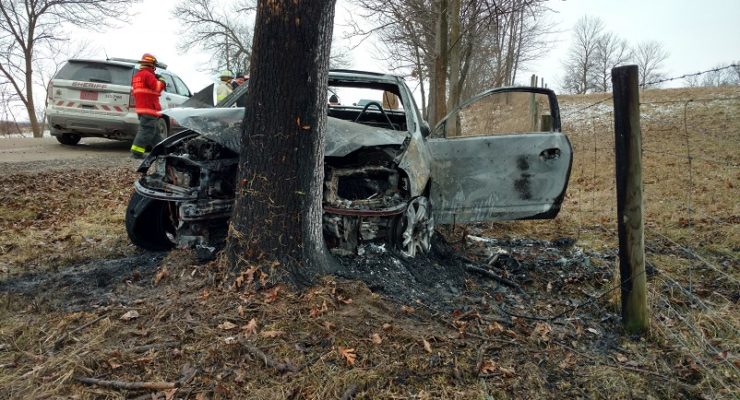 GENESEO – A car crashed into a tree and burst into flames on Nations Road Sunday afternoon, igniting ammunition. According to first responders on scene, the driver, a male, was southbound on Nations Road at what is believed to have been an excessive speed when he failed to make a turn just south of Roots Tavern Road and struck a tree at about 1:20 p.m., sustaining injuries and starting a car fire. "When we started hearing the rounds going … END_OF_DOCUMENT_TOKEN_TO_BE_REPLACED 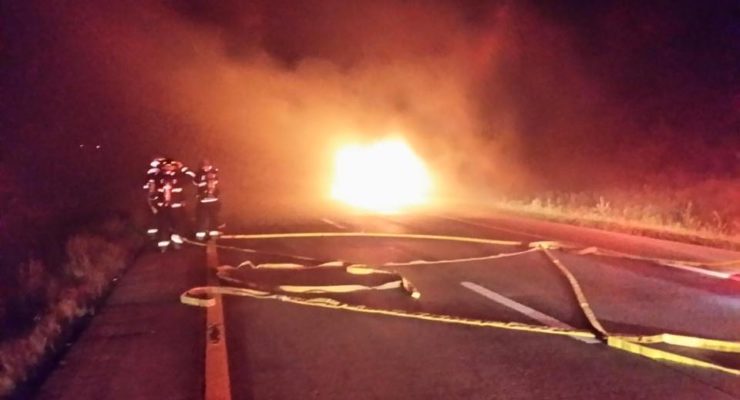 GENESEO – Both lanes of 390 southbound in Avon were shut down Tuesday night as firefighters handled a blaze that destroyed a vehicle on the Avon-Geneseo town line. New York State Police investigated. At the scene, the fire appeared to have started after the car struck a deer. "Avon and Geneseo [firefighters] easily handled the fully involved car fire," posted the East Avon Fire Department to Facebook. "The fire appeared to have occurred … END_OF_DOCUMENT_TOKEN_TO_BE_REPLACED 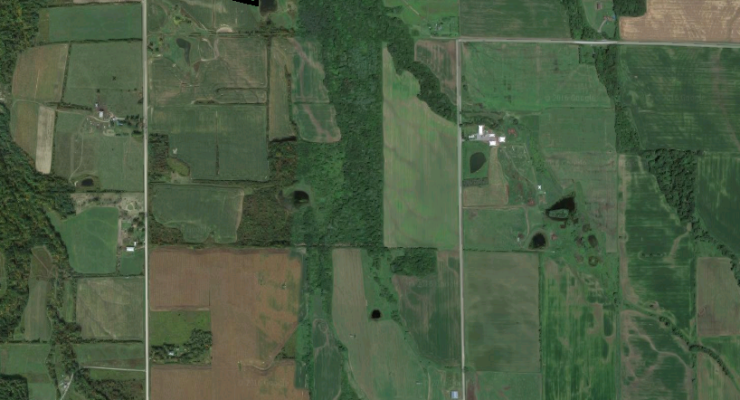 WEST SPARTA – After a six-days investigation, the victim of the fatal car fire on Union Corners Road on May 11 has been identified. According to a press release from Livingston County Sheriff Thomas Dougherty, the Livingston County Sheriff's Office and Monroe County Medical Examiner's Office have identified the victim as Christopher Wilson, 48, of Mount Morris. The preliminary investigation leads Sheriff’s Office member’s not suspecting … END_OF_DOCUMENT_TOKEN_TO_BE_REPLACED

UPDATE: Investigators Work to Identify Victim in Fatal Car Fire WEST SPARTA – One person died in a car fire on Union Corners Road in the Town of West Sparta. According to Livingston County Sheriff Thomas Dougherty, the investigation into the incident is ongoing. Police have been investigating the scene for much of Wednesday morning. Continue to follow the GeneseeSun.com as further details become available. … END_OF_DOCUMENT_TOKEN_TO_BE_REPLACED