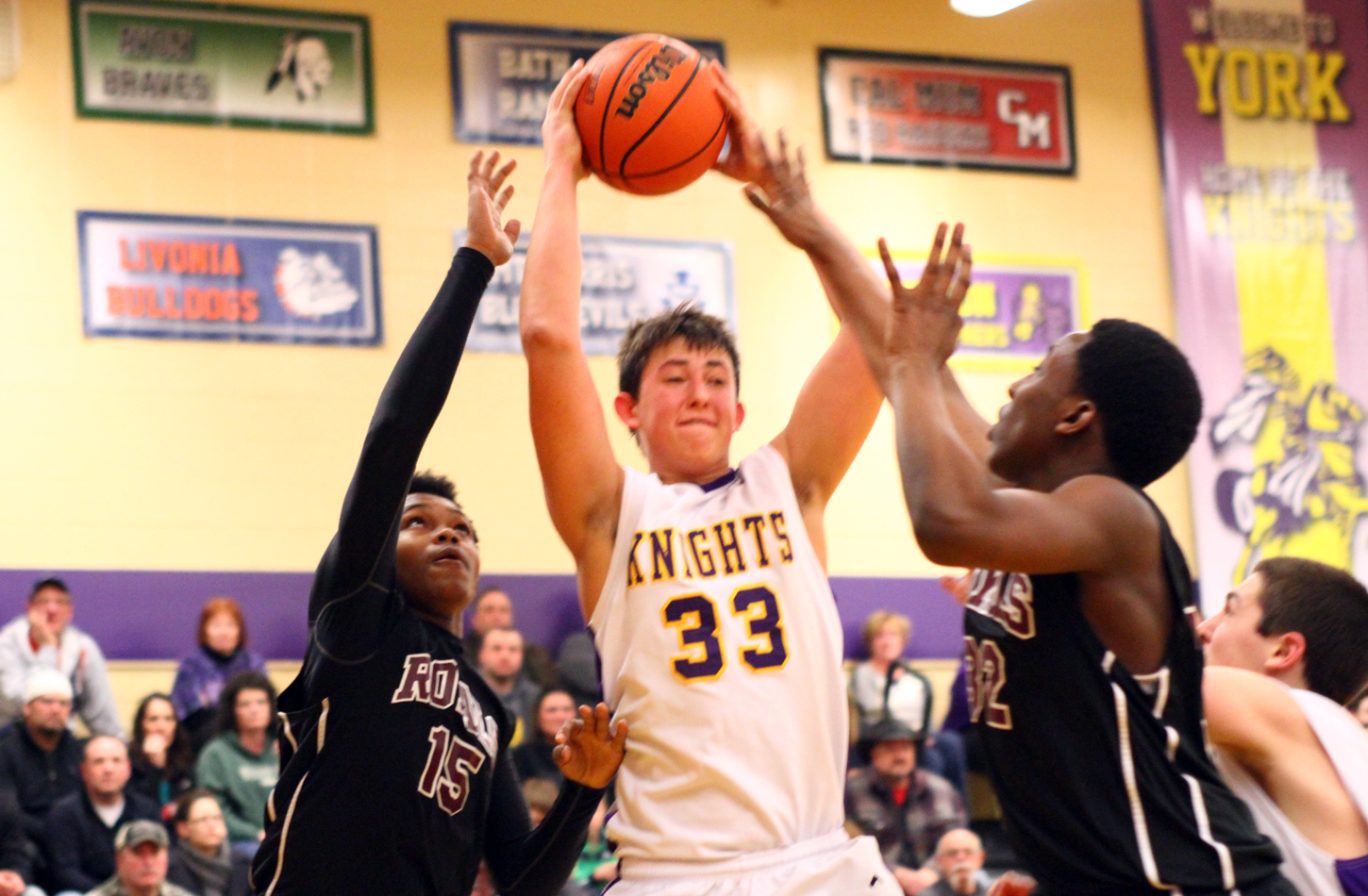 YORK — The York Golden Knights fell to the Rochester Career Mentoring Charter School Royals 92-61 in the second round of the Class C3 Sectionals. The Golden Knights were led by Hunter Stella who had 27 points but it wasn't enough to keep up with  the Royals hot shooting who had nine 3's on the night. Amos Williams hit three consecutive 3's for the Royals in the 2nd quarter that separated the two teams for the rest of the way. … END_OF_DOCUMENT_TOKEN_TO_BE_REPLACED