LIVINGSTON COUNTY – Bobby Gelser took this video as the new arch bridge over the upper falls at Letchworth State Park took its first train across the gorge Monday. According to a press release from Norfolk Southern Corp, who operate that railroad, the 963-foot-long steel arch railroad span bridge allows trains to pass over the 235-foot river gorge in Letchworth. The 142-year-old trestle is to be demolished. “This is a very exciting day for … END_OF_DOCUMENT_TOKEN_TO_BE_REPLACED 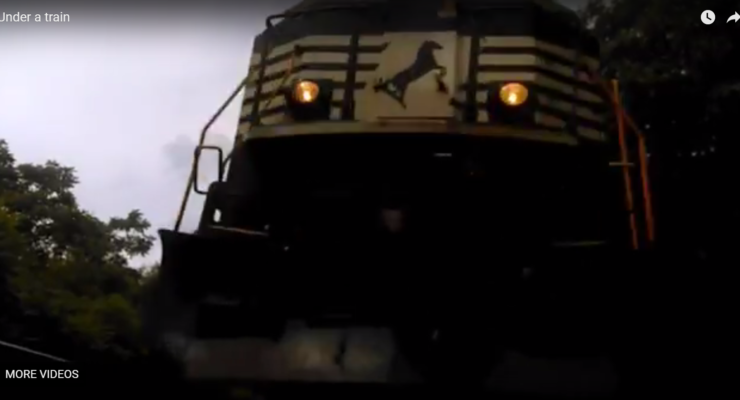 NUNDA – A Dalton man put his phone in the middle of the railroad tracks near his house and captured this incredible close-up video of a machine that he admires but respects at a safe distance. Bobby Gelser says all he had to do was hit record on his cell phone, set it down just right facing the oncoming train, and stand back. "The train vibrates everything around," said Gelser. "I can feel it from my house.Trains are awesome. I have lived … END_OF_DOCUMENT_TOKEN_TO_BE_REPLACED