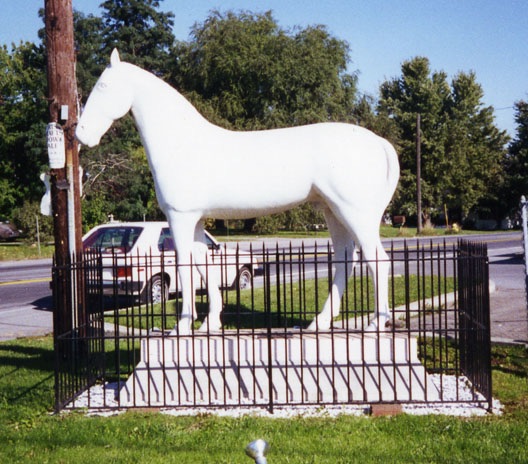 AVON — The Town Board voted unanimously to spend revenue that will preserve the base of the White Horse, an iconic statue for Avon. Robert Westfall of the Avon Historical society spoke to the Avon Town Board during Thursday's Board meeting and after a series of discussions received unanimous approval to spend up to $3,500 for the preservation of the base of the statue. "The white horse sustained more damage than had before with the hard … END_OF_DOCUMENT_TOKEN_TO_BE_REPLACED