CONESUS – New York State Police arrested a Farmington resident after a months'-long investigation into a stolen trailer from Dacola Shores Road. According to a press release from NYS Police Troop E Commander Major Richard S. Allen, Carl Maggiulli, 32, was arrested for misdemeanor Petit Larceny and misdemeanor Criminal Mischief in the Fourth Degree. In September 2017, State Police began an investigation into the possible theft of a boat … END_OF_DOCUMENT_TOKEN_TO_BE_REPLACED 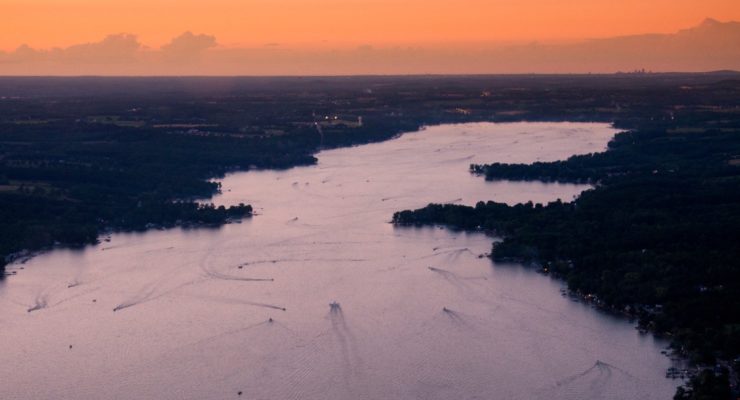 LIVINGSTON COUNTY – Two boats collided in the middle of Conesus Lake late July 4. According to Livingston County Sheriff Thomas Dougherty, a party boat with 13 people on board was southbound on the lake and a smaller boat was northbound when they collided mid-lake near the Livonia-Geneseo town line at about 10:50 p.m. One person suffered a minor foot injury and declined transportation to a hospital. Dougherty said that Deputy Chris Smith … END_OF_DOCUMENT_TOKEN_TO_BE_REPLACED

CONESUS – A boat operator who allegedly fled the scene of a two-boat collision Saturday night on Conesus Lake has been located, according to Livingston County Sheriff Thomas Dougherty. The Sheriff said that the crash happened at approximately 9:30pm Saturday in the area of Cottonwood, at mid-lake, and that one boat operator quickly fled the scene. The Sheriff added that Marine Patrol units located the alleged second boat and operator Sunday … END_OF_DOCUMENT_TOKEN_TO_BE_REPLACED