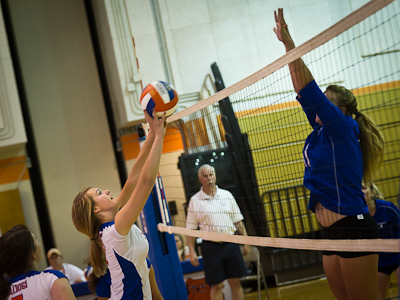 LIVONIA— The Livonia Girls Volleyball team won their seventh game of the season, Saturday, defeating Bloomfield in three out of four sets.The two teams were neck in neck throughout the first set, but Livonia would pull ahead in the lead to beat Bloomfield 25-19.Livonia started the second with a strong lead which they maintained throughout most of the set. But Bloomfield would halt the girls at 24 points while they scored on Livonia six times … END_OF_DOCUMENT_TOKEN_TO_BE_REPLACED