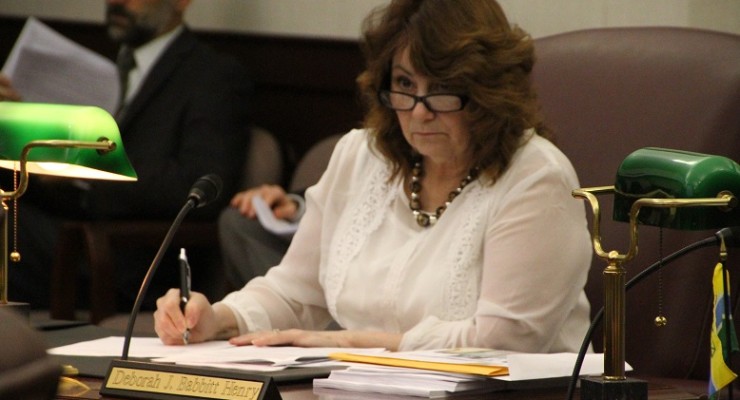 SPRINGWATER – Town Supervisor Deborah Babbitt-Henry continues to defend her near total absence from all of her Livingston County meetings. On Dec. 6, the GeneseeSun.com released an update reporting that Babbitt-Henry had officially missed all Human Services Committee meetings and 17 of 22 meetings of the Board of Supervisors. On Dec. 7, Babbitt-Henry posted the following as a Facebook comment on our story: "I answered the Suns negative … END_OF_DOCUMENT_TOKEN_TO_BE_REPLACED

LIVINGSTON COUNTY – All but one on the Livingston County Board of Supervisors approved a message of formal opposition to New York State increasing the state minimum wage to $15 and providing 12 weeks of paid family leave to all employees of businesses in the state. The only outlier was Springwater Town Supervisor Deborah Babbitt-Henry, who supported $15 an hour minimum wage and 12-week paid leave by voting 'nay' on both formal … END_OF_DOCUMENT_TOKEN_TO_BE_REPLACED