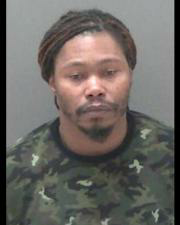 SPRINGWATER – New York State Police arrested a Rochester man on felony drug charges after he allegedly failed to signal while pulling into a driveway and police found heroin, cocaine and crack-cocaine. According to New York State Police stationed in Wayland, Andrew Bell, 39, was charged with three counts of felony Criminal Possession of a Controlled Substance in the Third Degree and Aggravated Unlicensed Operation. According to the New York … END_OF_DOCUMENT_TOKEN_TO_BE_REPLACED