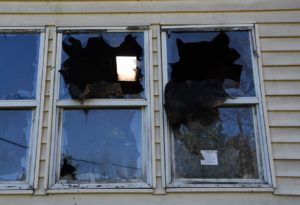 Firefighters broke windows and pierced the roof to ventilate the house. (Photo/Conrad Baker)

WEST SPARTA – The fire at a foreclosed residence on Presbyterian Road is being investigated as suspicious.

Livingston County Sheriff Thomas Dougherty confirmed that the fire is being investigated by multiple agencies.

“The fire is considered suspicious and is being investigated by our office and the Livingston County Fire Coordinator’s Office,” said Dougherty.

According to first responders at the scene, the house is unoccupied, vacant, foreclosed, and had no power running to it.

The house was not well kept. Yellow jackets buzzed and crawled around the eaves and outside walls. 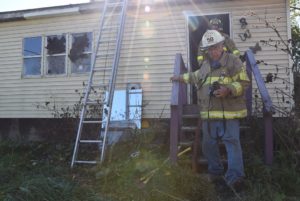