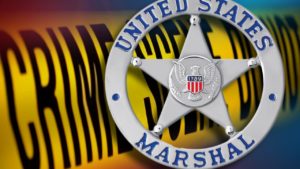 The United States Marshals Service announces the recent arrest of Paulino Arce-DeJesus, 23, who was wanted on First Degree Murder and Weapons Law Violation warrants from the Commonwealth of Puerto Rico issued on May 29, 2019.

Arce-DeJesus is charged with allegedly shooting Mario Cruz-Santana in the head while in the back seat of a vehicle on October 11, 2017.  According to officials in Puerto Rico, there are no known motives of this murder.  It is alleged that Arce-DeJesus has been on the run since this incident.

The U.S. Marshals Task Force and Rochester Police Department developed information that Arce-DeJesus was hiding out in the Rochester area. After conducting surveillance in the vicinity of 593 Park Ave, Rochester, NY, Arce-DeJesus was taken into custody without incident at approximately 7:30 p.m.  Arce-DeJesus will be held at Monroe County Jail as a Fugitive from Justice.