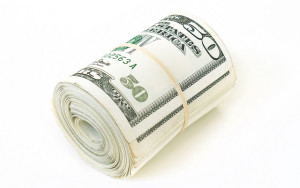 A  study was conducted through Google Surveys on behalf of MyBankTracker conducted a study from June 8, 2020 to among those in romantic relationships in the United States of ages 18 and up.

It found nearly two-thirds (60.4%) of respondents said they’ve hidden purchases from a spouse or partner.  Those 65 and over were the most honest.  Millennials, ages 25 to 34, are the least honest – only 21.1% never spend money without telling their partner.

Here are the actual questions and recorded responses:

How much have you secretly spent without telling your spouse or partner?

When did you reveal your debt to your spouse or partner?

· Almost 7% of respondents are still hiding major personal debt and .7% waited until after the wedding
· Slightly more men are hiding their debt (7.3% vs. 6.6%)
· The good news? That means nine out of 10 respondents disclosed their debt
· About 29% revealed their debts while dating, but 3.6% waited until engagement
· The good news is nearly 60% didn’t have any debt to hide
· 62.2% of men didn’t have any major debt to hide, while 57.4% of women responded that they did

There are ways to increase financial transparency in relationships before and after a trip to the altar. “Speak up early if you’re invested in a relationship. Talking about money shouldn’t be taboo,” says Simon Zhen, the senior research analyst for MyBankTracker.com. “Being on the same page about debt and finances could improve the chances of the relationship lasting even longer than it takes to pay back your debt.”

Zhen suggests talking about financial goals because it can reveal differences in outlooks, such as savers versus spenders. “Couples may want to consider opening a joint bank account.