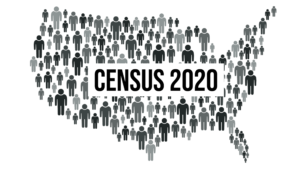 2020, The year of the once-in-a decade census, came with problems, as Covid 19 forced census takers to limit their activities, and so, an extension to the census deadline was applied for, to extend the census taking through Oct. 30.

But the Trump administration mandated that the census end early, by Aug 30, in order to give time to “crunch numbers.” Those who opposing the early close of the census figured it would make for inaccurate numbers, particularly among immigrants or rural areas and so, they sued in lower courts for an extension to Oct. 30

In July, Trump said he would break with past tradition, and present to Congress census numbers that do not include immigrants. A month later, Trump’s administration announced that the census was going to end Aug. 30, causing a flurry of lower court lawsuits, asking the Oct. 30 date be adhered to, realizing that for Trump to change the count to exclude immigrants would affect apportionment and services for those areas which were undercounted. However, the shortening of time was important, since Trump needed time for his minions to “crunch numbers” and be able to submit a report while still ion office.

The Supreme Court sided with the Trump administration’s contention that more time was not needed, and so the Supreme Court voted to end census taking on Thursday, instead of the end of October.

Only one judge dissented, Justice Sotomayor.

Sotomayor said that “even a fraction of a percent of the Nation’s 140 million households amounts to hundreds of thousands of people left uncounted. And significantly, the percentage of nonresponses is likely much higher among marginalized populations and in hard-to-count areas, such as rural and tribal lands.”

As a result of the Supreme Court decision, the census ends on Thursday, Oct. 15, leaving time for the numbers to be organized and presented to Congress no later than Dec. 31.