GENEVA OH – The SUNY Geneseo Track and Field teams competed at the SPIRE Invitational this weekend.

The Women won the meet, with the Men turning in a fourth place performance.

“It has been a rough start to the season” said Assistant Coach Dan Moore, citing the bitterly cold temperatures, and the flu going around as obstacles. “Over coming obstacles and enduring through adversity will hopefully lead to bigger and better things to come this season.”

The teams will next compete at the Cornell Kane Invitational, taking place Saturday, Jan. 27. 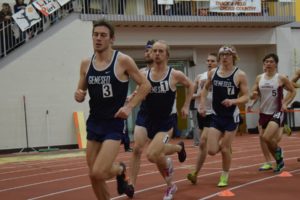