ITHACA NY – The SUNY Geneseo Track and Fields teams traveled to Ithaca to compete in the Cornell Kane Invitational.

The teams turned in a number of impressive performances as they continue to gear up for the later season meets.

“A lot of work still needs to get done between now and SUNYACS,” said Assistant Coach Dan Moore. “I believe inwhat this team is capable of, and that part is exciting.”

Check out the full results here!

The teams will next compete at either the Ithaca winter Invitational, or the Tufts Early Season Invitational, both taking place Saturday, Feb. 3. 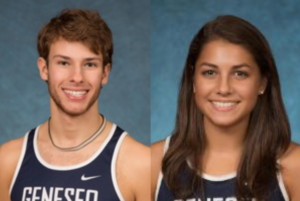