HEMLOCK — Thursday was truly a special day for the Livingston County Sheriff’s Office as they welcomed “Sackett” the newest member of the Mounted Patrol.

Deputy Rebecca Kane has partnered up with “Sackett” who completed his Advanced New York State Mounted Patrol School hosted by the Livingston County Sheriff’s Office at the Hemlock Fair Grounds.  The beautiful horse is named after Deputy William “Billy” Sackett who passed away in 2014. “Sackett” is a bay colored Belgian, quarterhorse, thoroughbred who greatly enjoys carrots and the company of the others.

Family members, friends and colleagues looked on with tears in their eyes as they reminisced about a beloved husband, father, friend and Deputy.

Deputy Sackett courageously defended himself in a heinous attack and returned to work another 28 years after being nearly beaten to death by an inmate attempting to escape. Despite the attack he not only continued to serve but made great contributions to the community. 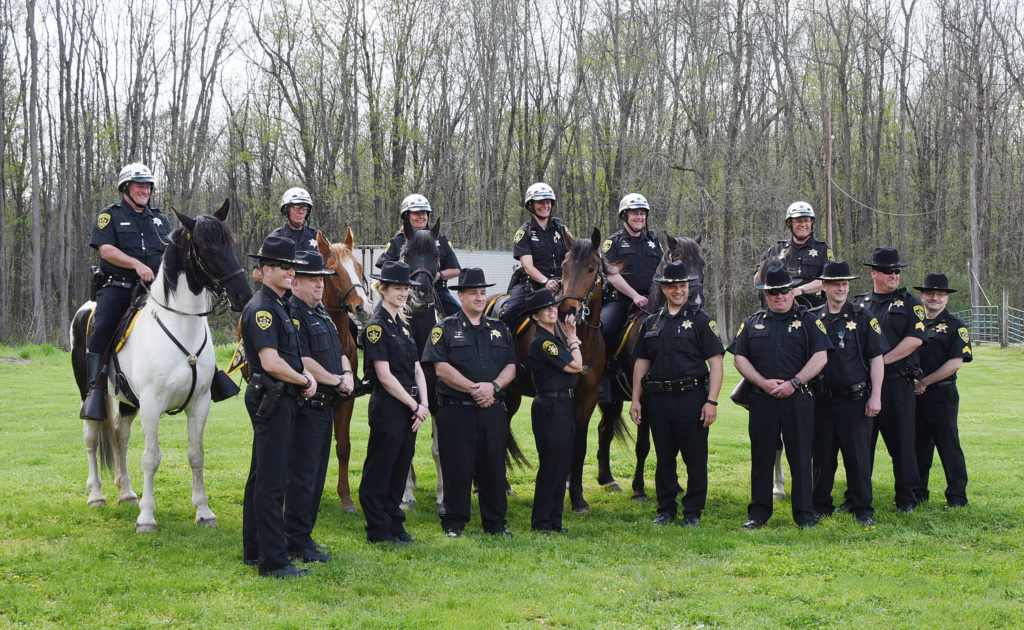 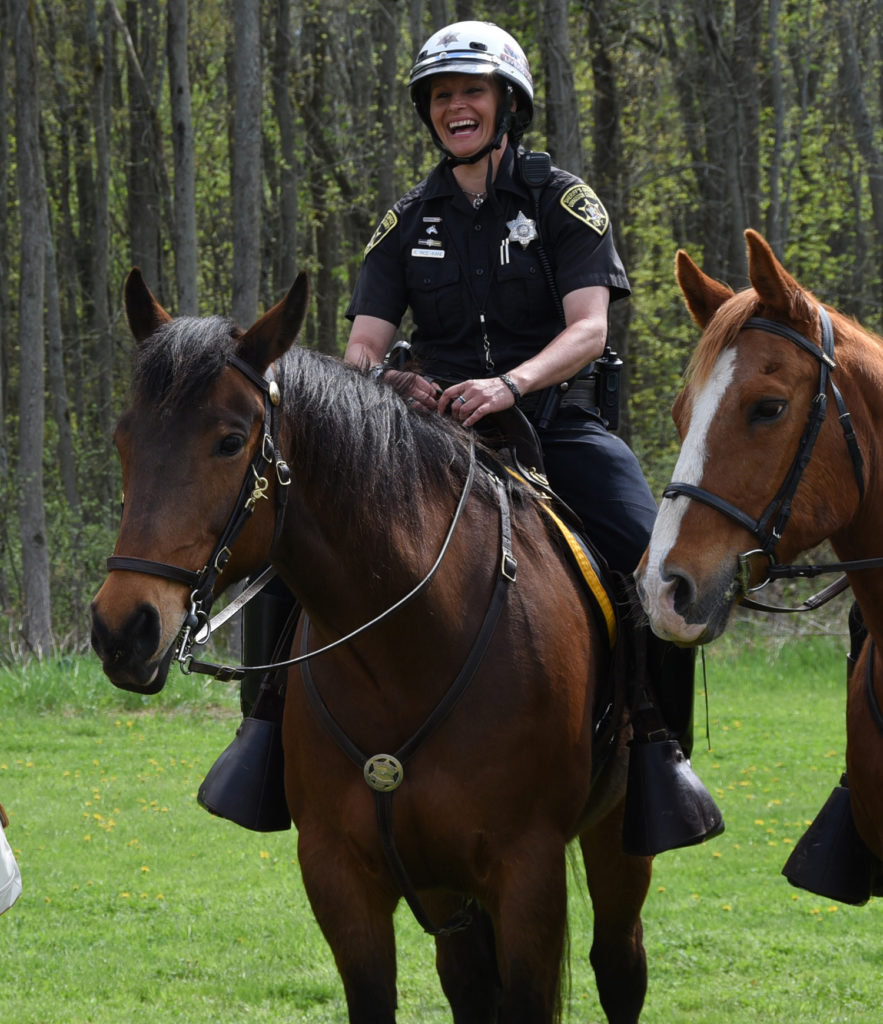