GENESEO – The Livingston County Sheriff’s Office arrested an unlicensed driver for DWI after her vehicle struck a utility pole.

According to a press release from Livingston County Sheriff Thomas Dougherty, Ashley Graumann, 34, was arrested for felony Aggravated Unlicensed Operation in the First Degree, misdemeanor DWI, misdemeanor Aggravated DWI for having a BAC over 0.18, and speeding.

On Oct. 30 at approximately 4:10 a.m., Deputy Brent Gibbs was on routine patrol when he came upon a motor vehicle crash on Geneseo Mount Morris Road at the intersection of Jones Bridge Road in the Town of Geneseo. The Deputy Sheriff found the operator of the vehicle lying on the roadway next to the vehicle.

The Geneseo Fire Department and Livingston County EMS were requested to the scene to assist.

The investigation found that Graumann was driving the vehicle north on Geneseo Mount Morris Road when she left the roadway and struck a utility pole. Deputies believed alcohol involvement was a factor and launched a DWI investigation.

Graumann was treated at the scene by EMS and was then put through standardized field sobriety tests. Deputies arrested her after the tests.

Graumann was transported to the Livingston County Jail where she submitted to a breathalyzer test. Deputy Ken Hall of the Sheriff’s Office Jail Division administered the test, which provided a result of .22 blood alcohol content.

It was further discovered that Graumann was operating with a suspended driver’s license, with seven scoffs.

Graumann was turned over to Central Booking Deputies at the Livingston County Jail for processing and will appear in court at a later date. 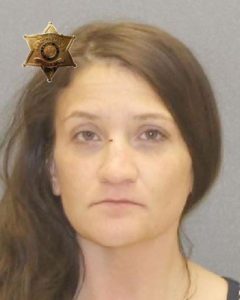