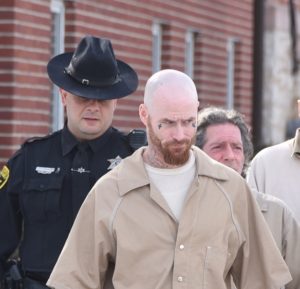 LIVINGSTON COUNTY – A Nunda resident stood quietly in court as a judge arraigned him on two felony charges for allegedly breaking his infant son’s bones.

Brock Hyde, 35, is charged with Assault in the Second Degree and Reckless Assault of a Child, both of which are felonies. He had been remanded to jail without bail in local court due to prior felony convictions.

“My client is a lifelong resident of the area. He has family here,” said attorney Michael Stivers, representing Hyde. “I’d ask that the court set bail in a reasonable amount.”

District Attorney Greg McCaffrey said that Hyde has four prior felony convictions. Hyde has been on parole as of August 2014 for Reckless Endangerment in the First Degree. He also has felony convictions for Robbery in the Second Degree, Assault in the Second Degree, and Burglary in the Third Degree. He asked that bail be set at $100,000 cash or $200,000 bond.

Hyde stood still and quiet beside Stivers for the brief proceedings.

He is scheduled to return to county court at a later date for motions.

The alleged victim is Hyde’s two-month-old son, who suffered a fractured skull, 11 fractured ribs in various stages of healing, dual eye retinal hemorrhages, fluid and swelling on the brain, and a broken foot bone.

Wiggins signed a no-contact order of protection in favor of the infant. 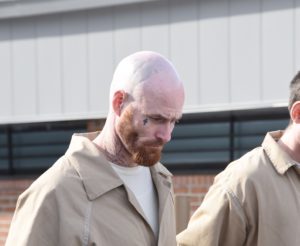 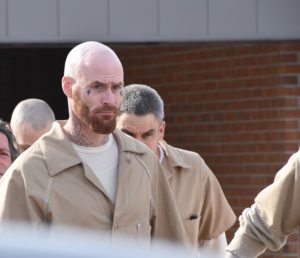