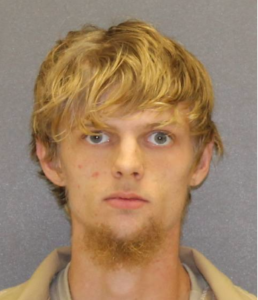 GENESEO – A Mount Morris man’s legal troubles are deepening now that Livingston County Sheriff’s Deputies found what is believed to be a stolen cell phone on him at the county jail.

According to a press release from Geneseo Police Chief Eric Osganian, Tylor Parsons, 20 was arrested for misdemeanor Criminal Possession of Stolen Property in the Fifth Degree.

“Geneseo Police were first notified of the theft of the phone from Walmart on September 26,” said Osganian. “On October 1, we were notified that Tylor Parsons may have been involved. Then, as he’s being booked at the Livingston County Jail on unrelated charges, the Sheriff’s Office found the cell phone we were looking for on his person.”

Geneseo Police Officer Benjamin Swanson handled the arrest. This new charge is the latest of several for Parsons, including a felony theft charge and a felony Violation of Probation.

On Feb. 6, 2016, the Livingston County Sheriff’s Office arrested Parsons for felony Grand Larceny in the Fourth Degree and misdemeanor Unlicensed Operation of a Vehicle.

Back then, the Livingston County Emergency Communications Center (E-911) received a call regarding a pickup truck in a ditch on Grove Road near Valley View Road in the Town of Portage. Sheriff’s Deputy Michael Yencer of the Livingston County Sheriff’s responded for the investigation. It was later found that the vehicle was stolen from a residence on State Highway 408 in the Town of Mount Morris.

Later on Feb 6, Sheriff’s Deputy Ryan Swanson continued to follow up the investigation. Parsons became a suspect. Parsons was located, and police say that he admitted to stealing the vehicle in the early morning hours that day and lost control of the vehicle on Grove Road, disabling it. It is also alleged that Parsons admitted to leaving the vehicle and fleeing the scene.

Parsons was arraigned on the new charges on Oct. 4. The Justice remanded him to the Livingston County Jail.