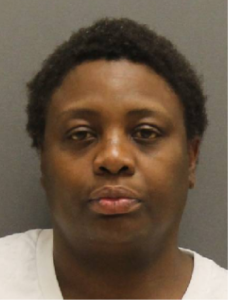 GENESEO – The Geneseo Police Department arrested two Rochester residents as they were allegedly driving away from Walmart with a stolen ink cartridge and magnetic anti-security device.

The call to police was for the report of a theft in progress from Walmart with a description of the alleged thieves. Police stopped Randolph and Washington in the parking lot.

The investigation alleges that Randolph stole ink cartridges and was in possession of a magnetic tool to fool anti-theft security equipment. Washington was found to have 11 suspensions on her driver’s license.

Osganian said that the investigation is ongoing and further charges are possible.

Geneseo Village Justice Thomas Bushnell arraigned both Randolph and Washington and ordered them both held at the Livingston County Jail. He ordered Rudolph held on $500 cash or $1,000 bond and Washington held on $750 cash ot $1,500 bond.