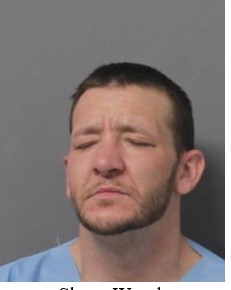 Steuben County Sheriff Jim Allard reports that on May 24, 2022, deputies of the Steuben County Sheriff’s Office arrested Shane M. Wood, age 33, of West Morris Street, Bath, New York following a report of an assault in the Steuben County Jail.  It is alleged that Mr. Wood, a current inmate, caused serious physical injury to another person incarcerated in the jail.  The victim required medical treatment outside the jail facility and was treated and returned to the jail.  Mr. Wood was charged with Assault in the Second Degree, a class D Felony.  Mr. Wood was arraigned in the Centralized Arraignment Court and returned to the jail.