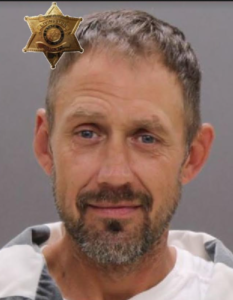 On October 6, 2021 at approximately 7:09pm, Deputy Michael Phillips was assigned to the Sheriff’s Office STOP-DWI Unit when he responded to a complaint of a sick or intoxicated motorist traveling north on Interstate 390 in the Town of Geneseo. Deputy Phillips did locate the vehicle exit off Interstate 390 at exit 8 at which point a traffic stop was conducted.

The operator of the vehicle was identified as Steven D. Young, age 46 from Grove, NY. The Deputy Sheriff suspected that Young was  under the influence of alcohol. Deputy Phillips did conduct a DWI investigation which included the performance of standardized field  sobriety tests. At the conclusion of the roadside investigation, Young was taken into custody for DWI.

Young was then transported to the Sheriff’s Office Headquarters in Geneseo where he was offered a breathalyzer to determine his blood alcohol content (BAC) however, Young refused to take the chemical breat test.

A records check revealed that Young had a revoked driver’s license as a result of previous DWI related offenses.

Young was turned over to Central Booking Deputies at the Livingston County Jail for processing and pre-arraignment detention. The  District Attorney’s Office was contacted during the investigation and recommended that Young be released on his own recognizance per bail reform. The offenses did qualify for arraignment under the NYS Justice Reform Act however, the Judge cannot set bail but  only apply license restrictions.