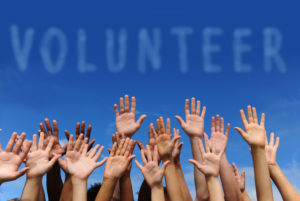 The honor recognizes older adults’ significant contributions to their communities through volunteerism. Niedermaier’s community-focused efforts go back more than four decades to the 1980s when he first became involved with Kiwanis Club, organizing a bike ride to raise money for a local charity. He’s also volunteered with Cornell Cooperative Extension, the Hemlock Fair, and local 4-H clubs, among many others.

“Ron has been volunteering to help his neighbors and our community for over 45 years,” said
Sue Carlock, Director of the Livingston County Office for the Aging. “Our Advisory Council agreed that he was an obvious choice deserving of this distinction.”

Niedermaier is a lifelong resident of Livingston County, residing in Groveland with his wife of 46 years. Retired now, Niedermaier can still be found throughout the County, cook trailer in tow, barbecuing for the benefit of area churches, 4-H groups, schools, booster clubs, veteran groups, and the United Way. He was an active member of the Groveland Fire Department for over four decades and has also held various public offices, including as a member of his local town board.

“There is nothing more satisfying than using the skills you have learned over the years to help others become the best they can be,” stated Niedermaier.

For Niedermaier’s full biography and a complete list of volunteer awardees, visit the Older New Yorkers Day Award Book here. For more information on Livingston County’s Office for the Aging, visit their website at https://www.livingstoncounty.us/133/Aging-Office-for-the.