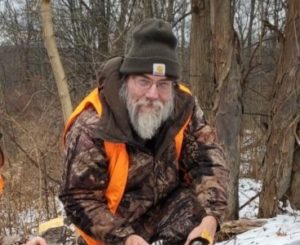 On February 13, 2021 at age 51, after a long hard battle with his health Shane passed away peacefully with his wife and their children by his side.  He is predeceased by his father Ole Gascon.  He is survived by his wife Lisa Gascon of 32 years, his children Colton (Charlea) Gascon Cohocton, Caly (Jeremiah) Bowen Dansville, his two beloved grandchildren Aiddan Gascon his best buddy, and Aubrey Gascon his Doo. His mother Lois Gascon who he loved so very much. His siblings Deborah Schoonover Canaseraga, Susan (Larry) McKinney Dansville, Marty (Daisy) Gascon Fillmore, Teresa (Dana) Moore Birdsall, Cory Gascon (Tara Lehman) Canaseraga. Many nieces and nephews. Many dear friends who were like family, and many people who looked up to him as a father figure in their lives.

Shane was born on September 23, 1969 in Canandaigua, New York. He was the fifth of six children to Ole and Lois Gascon. He resided in Springwater his whole life “up on the hill.”  He had a heart so big, such a giving selfless soul. He was a family man before anything else. He was so proud of the life that him and Lisa built together. Family meant the most to him, but his love for the outdoors was a close second. Shane was so full of life, always smiling, always laughing and cracking jokes. He touched everyone in such a positive way.

Shane was a popular guy, his phone would ring countless times in a day. So many people looked up to him and leaned on him in good times and bad. He would get phone calls about, big bucks and money fish, many times phone calls from people asking advice on how to call in the stubborn turkey or what bait to use. He loved it, he loved being there for people.

He had a love and passion for the outdoors. Every chance he got he was in the woods, on a lake, laying a trapline, treeing racoon with his hounds or standing in a stream. He instilled in his children and grandchildren the same love and respect for the outdoors. His favorite place to be was sitting up against a tree in the spring listening to the gobble of a big ol’ tom turkey get closer and closer to him.

Shane had a slight obsession with Skoal straight, chartreuse jigs, Canada Dry, lasagna, old westerns, Enticer Turkey calls, Escanaba in da moonlight, and his sister Debbie’s molasses cookies.  He was a fighter that’s for sure. He faced serious medical issues for years but stayed positive through it all, and never felt sorry for himself. He used to say “I wake up everyday with a smile on my face thankful to be alive.”

He wasn’t ready to go, but his body was so tired. Shane would want every person that he has touched along his life’s journey to not be sad right now but remember the good times, look for him in the rivers, and streams. Watch for him in the sunrise and the sunsets of each day because he will be there. He hasn’t gone far, he just went further into the woods.

A Celebration of Life will be held at a date and time to be announced.  Memorial contributions may be made to Hunt of a Lifetime Inc., P.O. Box 241, Harborcreek, PA 16421.  To send a condolence or share a memory please visit:  www.doughertyfuneralhomes.com