SPRINGWATER – The Livingston County Sheriff’s Office arrested a Springwater resident on a felony charge for allegedly failing to update a change in address to law enforcement.

According to a press release from Sheriff Thomas Dougherty, Jordan Head, 30, was arrested for felony Failure to Register and Verify as a Sex Offender.

Dougherty said in the release that Head is a level 1 sex offender, considered at minimum risk to re-offend.

Head was turned over to Central Booking Deputies at the Livingston County Jail for processing and pre-arraignment detention. The District Attorney’s Office recommended that bail be set at $10,000 cash or $20,000 bond. 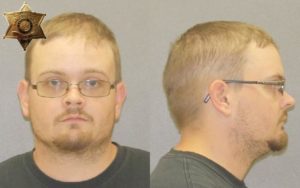