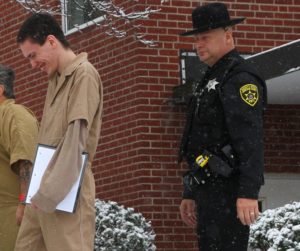 LIVINGSTON COUNTY – A young man is scheduled to go to trial on 18 counts of ‘statutory’ rape for allegedly having sex with two girls under age 18 in 2015 and 2016.

“The offer was 6 plus 10 and has been consistently rejected,” said Tonra. “All plea offers have been withdrawn.”

County Court Judge Robert Wiggins granted a motion by defense attorney Lindsay Pratt Quintilone to dismiss the original rape charges. He gave the District Attorney (DA)’s Office leave to re-present that same or additional evidence to the Grand Jury to see if they would indict LaDue on the same or other charges. After that presentation, the Grand Jury indicted LaDue on 18 new counts of rape.

LaDue is presumed innocent. According to NYS Penal Law Section 70.30, he could be sentenced to up to 20 years in prison if found guilty of more than three counts of Rape in the Second Degree at trial.

The trial is set to begin in March. Between now and then, the Judge will review the minutes of the Grand Jury presentation at the defense’s request, which is common to check for procedural errors. Quintilone and the DA’s Office are scheduled to argue her recent motion to suppress new evidence.

“I have filed a motion for suppression of evidence which is new to the indictment and did not exist at the time of the original indictment,” said Quintilone. 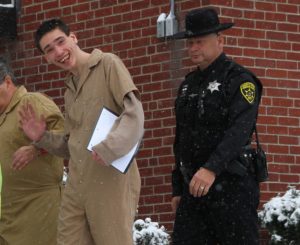