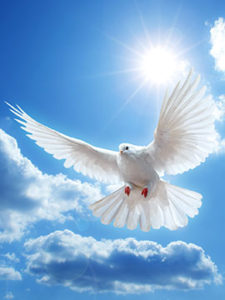 At age 90, Earl passed away on Sunday, October 10th, 2021 at the Ontario Center in Canandaigua, NY. He was born in Detroit, MI to the late Alexander and Rena Tieppo. Rena was born in Innsbrook Austria and Alex was born in Venice, Italy. At a young age, Rena and Alex met in Detroit and after 10 sons later, they left a wonderful legacy. Earl is predeceased by his children; Tony and Aldo Tieppo, his brothers; Aldo, Adolph, Allen, Alex, Eugene and David Tieppo. Survived by his children; Thomas Tieppo, Rena Powers, Timothy Tieppo and David Tieppo, his brothers; Leo Tieppo, Donald Tieppo, and John Tieppo, his grandchildren, Maggie Vilord, Jennifer Pilarski, Taylor Powers, Jordan Powers, and Ashley Barnett, his 6 great grandchildren, and his son-like neighbor, Richard Young, along with several nieces, nephews, friends.

Earl (Mr. T.) was a retired professor from MCC, where he taught Comparative Anatomy, Human Anatomy and Physiology for 33 years. He was also a naturalist, he enjoyed hunting, fishing, hiking and canoeing with his brothers and children. Earl canoed all of the Great Lakes, Finger Lakes, and plus hundreds of bodies of water in Michigan, Canada, and New York. Earl was a decorated Marine during the Korean conflict.

In keeping with Earl’s wishes, no formal services will take place. Earl donated his body to the University of Rochester School of Medicine and would encourage others to do likewise. In lieu of flowers, memorial contributions may be made to the “Rena Wegher Tieppo” Nursing Scholarship Fund at Monroe Community College. Earl setup this scholarship to honor his mother. To share a memory or a condolence, please visit: www.doughertyfuneralhomes.com.