The Knights had only lost two games before that night, both of which were to the Raiders. The Raiders needed to beat the Knights a third and final time to become the Livingston County’s Division 2 champs.

The Raiders came out firing, scoring five runs in the first inning backed by a Makenzie Wilson’s home run. That was more then enough for the Raiders, holding the Knights to just two runs and claiming the title winning 8-2.

Caledonia’s Hannah Rubinrott pitched an impressive 5 hitter with 8 K’s. While their offense was the story of the night with Wilson finishing 2 for 4 with a double and HR. Grace Walker went 3 for 4 with two runs scored and Hannah Wade was 2 for 3 with 2 RBI’s.

LeRoy’s highlight came off of Erin Cappotelli’s bat where she hit a solo HR. 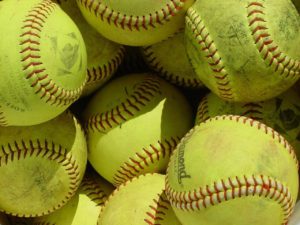