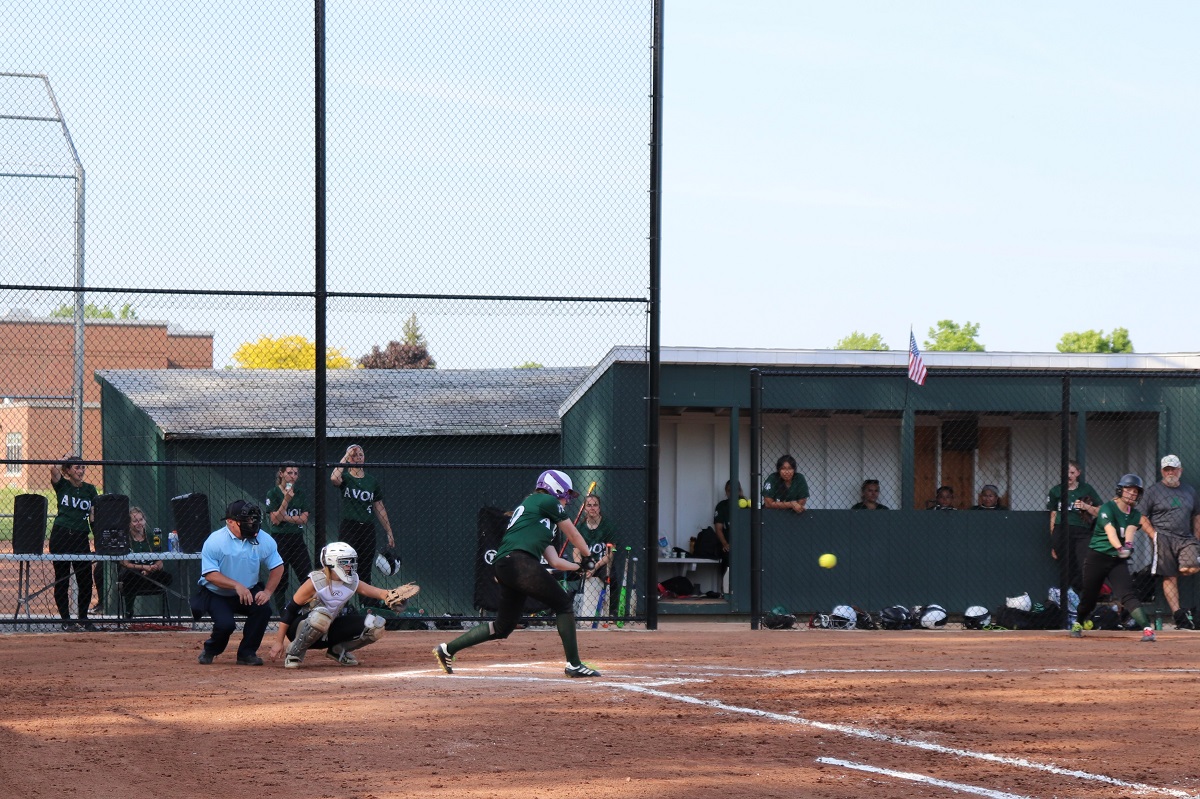 Emily Raynard dials in on a pitch. Photo by Tim Henry

AVON— Avon Defeated North Rose 11-4 in the second round of sectional tournament play on Wednesday.

Avon’s offense was led by Joleigh Crye and Emily Raynard, both of whom recorded 2 RBIs in the first inning. Crye and Raynard both recorded an additional RBI for the Lady Braves, while Abby Decillis hit a triple and was batted in by Keni Read.

“We came out aggressively offensively, especially after they scored a run in the top of the first,” said Avon head coach, Pete Leone. “You need to respond sometimes, and thankfully we did. We put four up in the bottom of the first, and that, I think, put the team at ease a little bit.”

Leone said that his biggest concern for the team moving forward is cleaning up the defense.

“As you get deeper into the tournament, the games tend to be lower scoring, and one error can make a big difference,” said Leone. “So, we have to work on that tomorrow and clean that up.”

Avon moves on to the semifinals game which will be played on Friday, May 22.