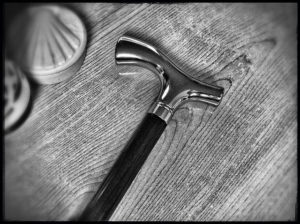 MOUNT MORRIS – The New York State Inspector’s Office accused a local woman of faking dependence on a walking cane to receive over $27,000 in worker’s compensation.

“This defendant falsified records and feigned serious injury in order to receive benefits to which she was not entitled,” said Scott. “I will continue dedicating the resources of my office to pursue anyone who tries to defraud the workers’ compensation system and to protect the benefits meant to assist honest, hard-working New Yorkers.”

An investigation by Mount Morris Police, New York State Police and the NYS Inspector General’s Office found Weipert reported she was injured in August 2013 while unpacking a printer at the Wayne Finger Lakes BOCES where she worked as a computer service assistant. Since then, Weipert has been receiving weekly workers’ compensation benefits while repeatedly asserting to medical examiners that she was unable to work, sit or stand for prolonged periods, and that she needs a cane to walk.

The investigation, which included a review of her social media activity, alleges that Weipert only used a cane only when attending medical exams or a hearing before the State Worker’s Compensation Board. At other times, she allegedly engaged in normal activities without any apparent impairment. Weipert was allegedly observed by law enforcement officers in her home town walking without any limp or cane. In the fall of 2015, she filed documents with her employer’s workers compensation administrator claiming that she was unable to work and had difficulty driving and walking because of her injury.

Weipert has been receiving workers’ compensation benefits in the amount of $585 per week, totaling more than $27,000.

Scott reminded the public that under State law, employers are required to maintain Workers’ Compensation coverage for their employees, and employees are expected to provide truthful information regarding their work activity to insurance carriers and the Workers’ Compensation Board during the time they are receiving benefits.

Weipert was arraigned in Village of Mount Morris Court Wednesday evening. She was released on her own recognizance and is scheduled to return to court at a later date.