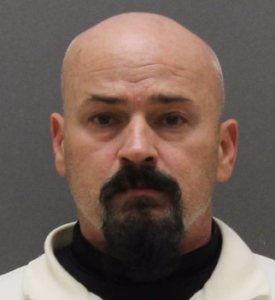 According to a press release from Geneseo Police Chief Eric Osganian, Fredrick Parsons, 49, and his 17-year-old son were charged with misdemeanor Petit Larceny.

The GeneseeSun.com is withholding the name of the 17-year-old because he may be eligible for treatment as a youthful offender and his arrest record sealed.

The pair allegedly stole a Samsung Galaxy S7 and a Galaxy S5. Both phones are valued at over $700.

Store video captured the theft, which aided in identifying the suspects. Geneseo Police had both suspects in custody within 24 yours of the incident.

Osganian added that both phones were recovered. 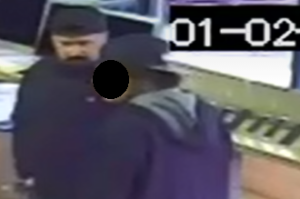 Allegedly Parsons and his son on security camera. Blurring added by the GeneseeSun.com. (Photo provided by Geneseo Police)