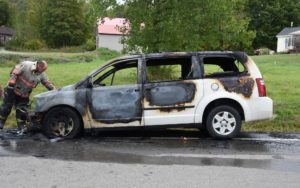 SPARTA – A car burst into flames after a driver felt it lose power on her way north to Rochester on Stagecoach Road Thursday afternoon.

According to first responders at the scene, they found the car fully involved with flames as they pulled up.

“The driver felt the car lose power so she pulled over and stopped and turned it off,” said Kevin Niedermaier, Director of Livingston County’s Office of Emergency Management. “She got out, looked around and didn’t see anything, so she got back in, turned the car back on, and ‘whoosh.'”

All of the vehicle’s interior burned. The driver escaped unharmed.

Niedermaier said that the vehicle was a 2008 Dodge Grand Caravan with 250,000 miles on it.

He and the Livingston County Sheriff’s Office are investigating the cause of the fire. Niedermaier said that the investigation so far strongly suggests a fuel problem.

The Sparta Fire Department responded to the scene alongside Dansville Ambulance. 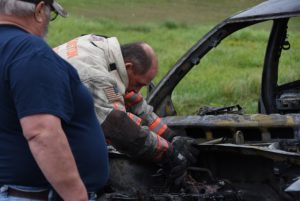 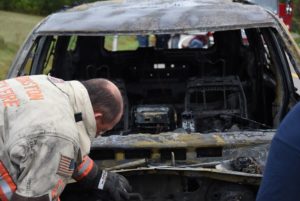 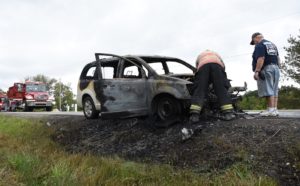