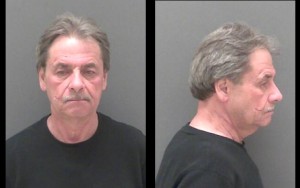 LIVINGSTON COUNTY – The notorious ‘Birdman’ from Perry who shook Livingston County a year ago when he brutally kidnapped a former lover from her home in York was sentenced to prison Thursday morning.

“We request that a maximum sentence be imposed for Kidnapping in the Second Degree of 25 years plus 5 years of post-release supervision,” said McCaffrey. “Mr. Braun was adjudicated a second felony offender based on a 1991 conviction for Attempted Murder. He stabbed his estranged wife more than 30 times. He is violent, homicidal, suicidal, alcoholic, and suffers from post traumatic stress disorder. He is a danger to the community and law enforcement. […] I understand your honor’s apprehension about imposing the maximum. While that remains our request, we would ask that you not impose the minimum and at least give him 15 years so that he’s 80 years old if he is released.”

Kelley said that the events that unfolded on March 13, 2015 stemmed from the victim stealing $45,000 from his bank account while he was in prison for another offense. Braun will soon go to trial on rape charges in Wyoming county for allegedly raping the victim once he forced her to drive to his apartment in Perry.

“I think everyone in this courtroom knows that this case is far from over,” said Kelley. “The victim has committed many crimes, one of which is a serious felony. The trial will be very interesting and my client is going to be acquitted. He is a 100 percent disabled Vietnam combat veteran. He was originally arrested for Unlawful Imprisonment after he confronted her about stealing the money and he found out she had lied to him about being married. We ask for the minimum on the kidnapping charge, 10 years with the Department of Corrections.”

Judge Cohen said that after reviewing Braun’s criminal record and taking into account his physical disabilities, he believes 15 years is the most appropriate sentence.

“Attempted Murder is about as violent as a conviction can be, you stabbed your ex 37 times, plus I see reports that you harmed yourself and had bad behavior in jail,” said Judge Cohen. “You gave your explanations that you suffer from long and severe health conditions that shorten your life expectancy, and your quality of life is suspect, especially with a long prison sentence. I feel a fair sentence is 15 years and 5 years post release supervision on the Kidnapping.”

Judge Cohen also sentenced Braun to 15 years and 5 years of post release supervision for Criminal Use of a Firearm, 2 to 4 years for Criminal Contempt in the First Degree, and 1 year  for Menacing in the Second Degree. All of these sentences will be served concurrently, or at the same time as, the sentence for Kidnapping. 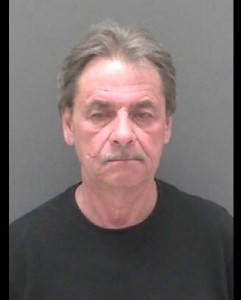